A 25-YEAR-OLD WOMAN in London has covered her Lamborghini Aventador in two million crystals. Daria Radionova spent £350,000 on the Lamborghini but refused to say how much it cost to apply the crystals to the car. 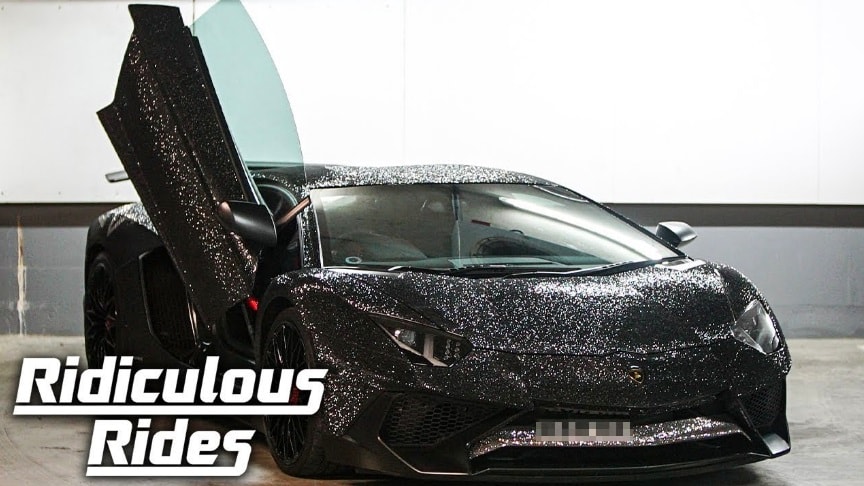 The Aventador is Daria’s fourth crystal-covered car, after she was inspired by a pair of crystal-covered Louboutin shoes she owns. Watch the video from Barcroft Cars for more info:

The matt black Lamborghini Aventador with the V12 drive is covered almost everywhere with crystals. Only the side air intakes and the huge rear wing remain intact.

The spectacular car modification was accomplished by a team that included cake decorators and henna artists and took over three months to complete. Incredibly Daria is now planning her next crystal covered make-over – on a £1million Bugatti.Follow her story here.