When Alla Ponomareva and her husband Garrett Hohn found Derek “Deek” Diedricksen’s plans to build a transforming A-frame cabin for only $1200 they bought the plans and got to work. Three weeks later, they had an 80-square-foot, off-grid, tiny home that cost only $700 (solar panels included) thanks to a lot of reclaimed materials. 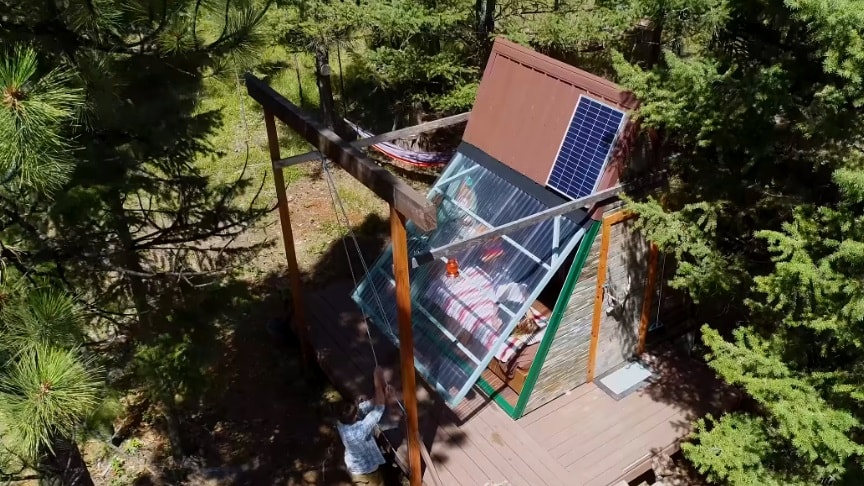 One entire wall of the cabin made from plastic sheeting can be moved with a pulley system to open up the cabin to the outdoors.

Ponomareva and Hohn spent most of the year teaching English in Korea, but for the two months they spend each summer on their property outside Missoula, Montana, they stay busy building. Their first build was an 8-by-12-foot cabin, also using recycled materials, that cost them $400 (again, with solar panels).

Their latest build is a modified A-frame with unobstructed views of the mountains and valley below. They rent all three structures by the night, mostly during the summer (the cabins aren’t winterized).