The snouted cobra is an aggressive snake and are they are potently neurotoxic and classified as highly dangerous. They are predominantly nocturnal but are often encountered during the day in the bushveld as Helen Young discovered. This snake was out and about trying to grab himself a mammoth meal as he took on this sizable monitor lizard. 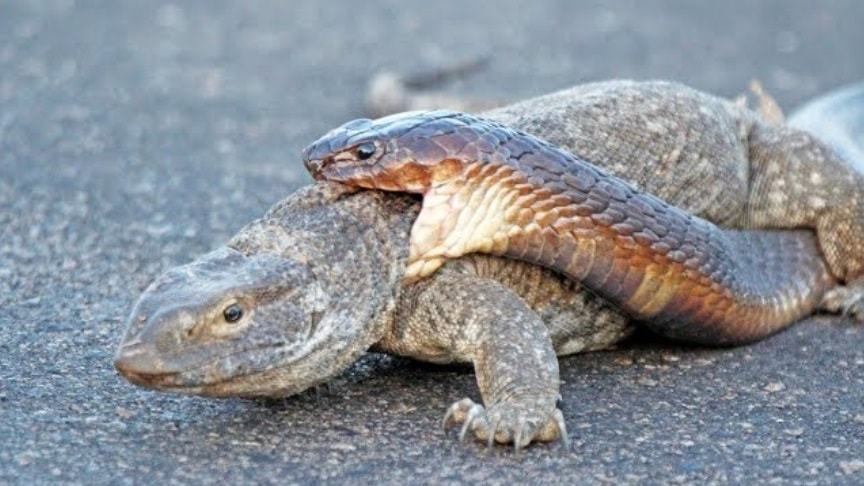 Helen tells Latestsightings.com: “In April this year, I was on a solo trip to Kruger as my husband went climbing. I left Shingwedzi camp as the gates opened and headed off down to Letaba./Kruger Sightings

Not too far down the road, I came across a very odd looking shape in the distance and I could not make out what it was. I approached slowly and was amazed to find a massive cobra (snouted cobra is the consensus) trying to take on a large monitor lizard.”

“As time went on I could see that the lizard was flagging. It had clear bite wounds in its neck and it was covered in venom.” “Despite this, incredibly, the lizard was able to escape the snake’s jaws a couple of times and made a swift exit.Unfortunately for the lizard, the snake caught it again (once in the face). This went on for some time and the lizard eventually stopped moving.”read mroe: Kruger Sightings