Robots and drones can do many thing for us already.University of Michigan engineers attached a nail gun to an autonomous DJI S1000 octocopter and demonstrated that it can successfully tack a shingle onto a roof. 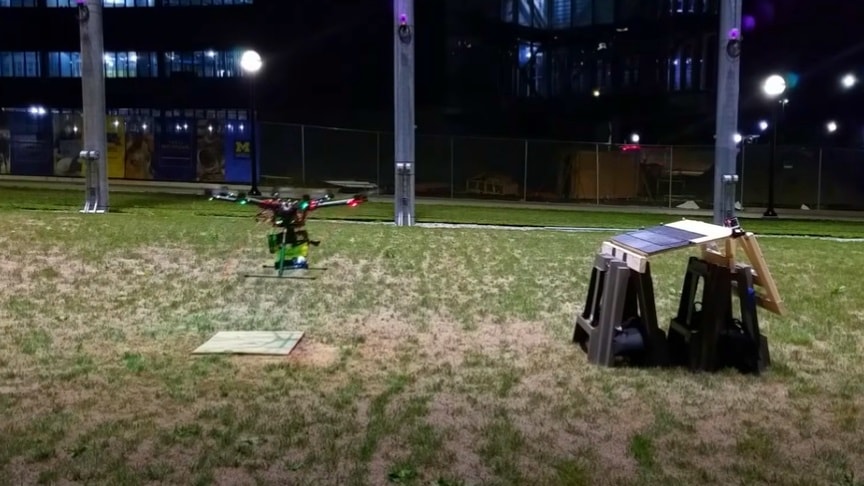 The nailgun was modified to allow triggering from the vehicle. A mount was designed to adjust the angle to match roof slope.Currently the drone is also free flying and uses an electric nail gun; this limits its flight time to about 10 minutes and a few dozen nails.

To turn the drone from one that simply carries a nail gun to one that uses it to secure roof shingles, the team set up a system of cameras and markers, A series of external cameras and onboard sensors help the drone find exactly where it is in the environment, and determine where the nails should go.

Experimental results showed that the system is capable of nailing within a required three centimeter gap on the shingle. Extensions to achieve a complete autonomous roofing system are discussed as future work.