In the air, it is an incredible acrobat, and capable of over 90mph. It takes off from the ground with ease. As you can no doubt imagine, this package of power and size, makes for an extremely agile aeroplane. 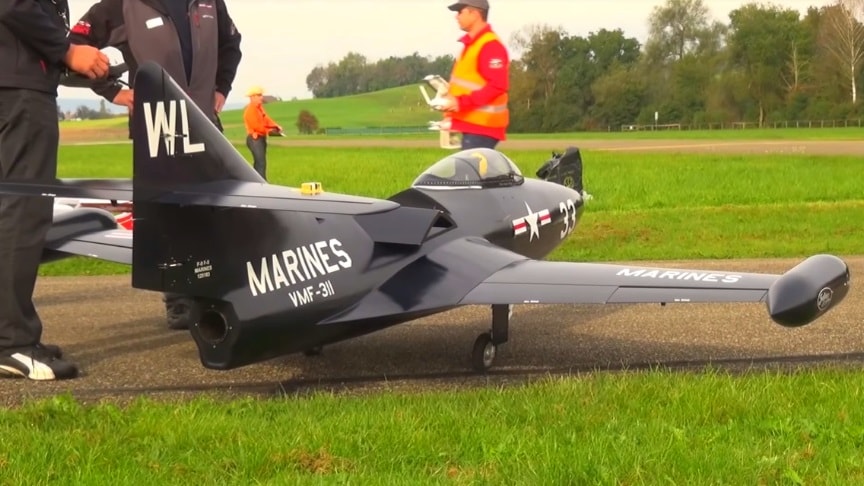 This fighter has an amazing 3D aerobatic repertoire in experienced hands with a tremendous roll rate and an ability to climb vertically at incredible speed. The videos show you just how capable the F9F is.There is not much specification info for this amazing rc plane, but it looks and flies amazing.

The Panther was used extensively by the U.S. Navy and Marine Corps. The Panther F9F has many characteristic features, including a round fuselage cross-section, graceful, flowing lines, un-swept wings, and tip tanks of elegant shape.

The F9F Panther ranks as one of the classic old-timer jets. The machine was designed by Grumman in the period after 1945, as the company’s first jet aircraft. As such, the Panther was following in the footsteps of Grumman’s other famous felines, such as the Hellcat and Bearcat.