The world has no shortage of rare and award-winning Ferraris, but none look so dramatic as the spaceship-on-wheels Ferrari 512S Modulo. Created back in 1970 by famed design studio Pininfarina, the memorable one-off wouldn’t look out of place on the set of 2001. 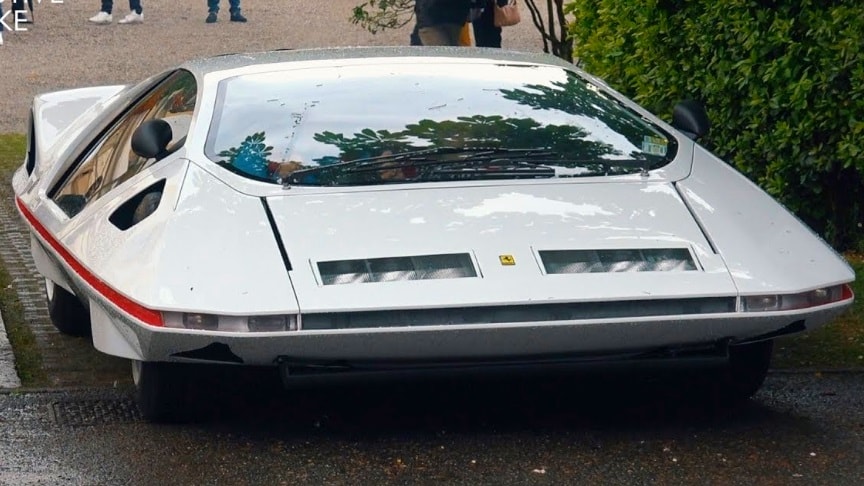 The Modulo is based on a Ferrari 512S, itself a relative rarity with only 25 produced. Pininfarina designer Paolo Martin came up with a strikingly different, futuristic body that would eventually be revealed at the 1970 Geneva Motor Show./ Automotive Mike

The drivetrain, however – a 5.0-liter V12 paired with a 5-speed manual transmission, which was to develop around 550 horsepower and give the car a heady 220 mph top speed – was incomplete, as Ferrari had stripped it for parts prior to the design studio taking the chassis.

Even with just two seats, though, it’s remarkable. The hub-less steering wheel protrudes on three long struts, unadorned by controls or stalks. It’s flanked by an array of analog gages and tactile-looking switches and buttons, along with black-topped levers for the transmission and other controls.read more: Automotive Mike