This Back to the Future Delorean DMC-12 Hovercraft may not be a time machine, but it’s still awesome. Matt Riese built it all on his own as an homage to Back to the Future.We visit Matt in San Francisco California and take a look at amazing homebuilt Delorean Hovercraft.Perhaps one of the coolest things ever built./Coolest Thing 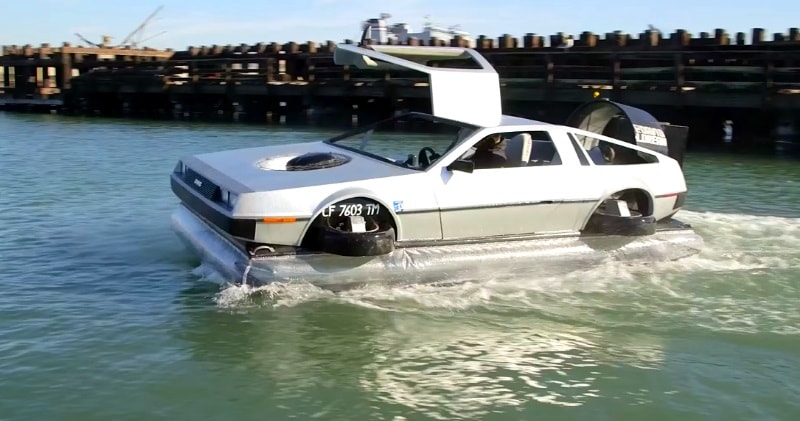 The top speed should be around 45 mph, which is pretty impressive for a vehicle with no breakes (it’s not touching the ground, remember!). Watch the video by Coolest Thing for more.

If you have never seen a hovercraft, the basic concept is that a fan pushes air underneath the middle of the craft and a “skirt” (basically a flexible inner-tube around the perimeter of the craft) traps that high-pressure air under the craft, which lifts it off the ground.

Some air is escaping under the skirt at all points at all times, so in theory, even the skirt isn’t actually touching the ground/water (in reality the skirt drags on the ground occasionally). A second fan pushes air behind the craft, driving it forward.