Custom VW Bug Convertible Thats Badass. The Wizard of Odd TV went to see this custom VW bug. This VW beetle is not your normal Volkswagen its a custom bat baby! This video shows us a custom built Volkswagen bug. 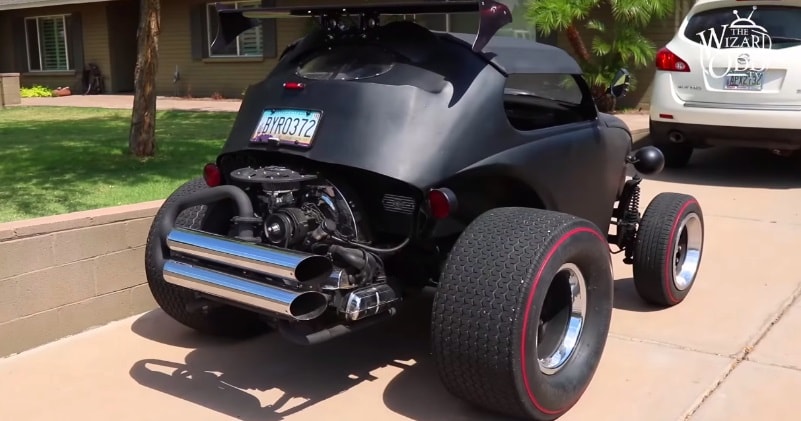 source/image(PrtSc): The Wizard Of Odd TV

This custom VW bug was made in Arizona and by a 84 year old badass! Bug Restoration – Vintage 1967 VW Bug Customized Into The Bat Baby.It is also a convertible! When the weather is nice, you can open up the roof and enjoy the warming rays of the sun.Watch the video from The Wizard Of Odd TV for more info:

The Beetle is a two-door, rear-engine economy car, intended for four occupants, also known by many different names such as the Bug and the Type 1, has inspired so many automotive designers and it still keeps doing it.

The VW Beetle came the fourth in the Car of the Century, a competition that is held to choose the world’s most influential cars. Since the Beetle is introduced to the market, people customized it in many different shapes and forms.