Donahue Fields had planned to enlist in the Marines. But at 19 he was hit by a stray bullet one night in the Bronx, New York. He lost both his legs. Doctors told him he would spend the rest of his life in a wheelchair. He could no longer go on to serve in the Marines, he felt hopeless. 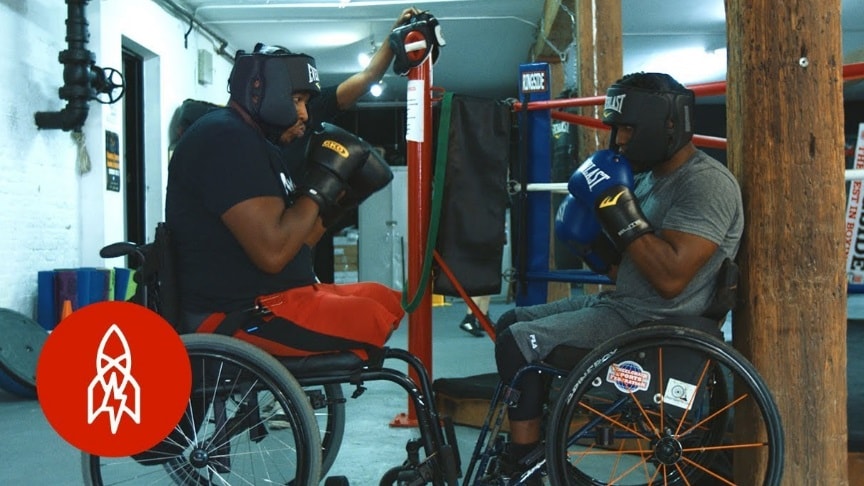 Then he took up boxing. And everything changed. Some people see the sport as violent. Fields has a different perspective. For him, boxing awakens the spirit. It’s a fulfilling physical and mental challenge. It changed how he saw himself. It changed how others saw him.

Fields fell in love with the sport and wanted to use it to empower disabled people. So he founded U.S. Adaptive Boxing. Now, he runs a boxing camp where he teaches people how to throw jabs, how to block punches, how to get comfortable with the way their wheelchairs move in the ring.

The amount of satisfaction he gets out of seeing others benefit from boxing is immense. It took him awhile to get here, but today Fields can say he is happy with his life. “This is what I have to work with, and I affect many in a positive way,” he says. “And that’s a great existence.”/Great Big Story