Airbus has recently unveiled the new futuristic concept, “Bird of Prey”. The aircraft mirrors the aerodynamics of a falcon or eagle. This aircraft is intended to be an inspiration for the future based on realistic concepts. 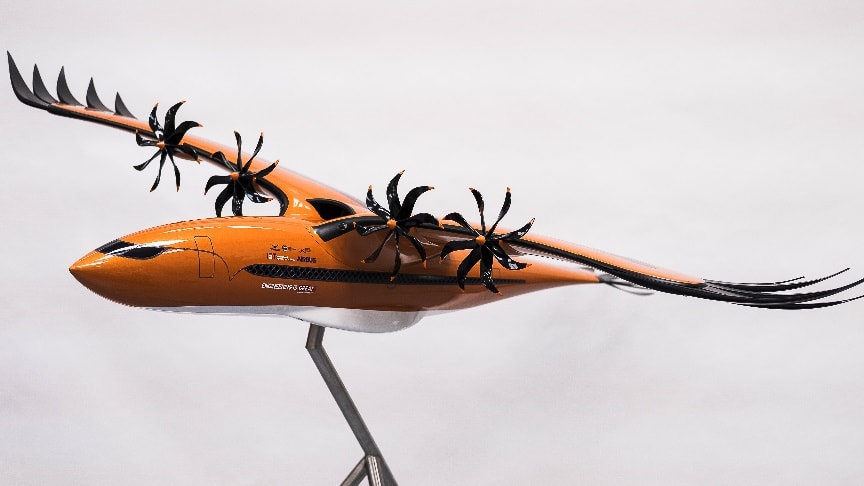 The BirdOfPrey is taking wing! This sleek new concept takes inspiration from eagles to create a hybrid-electric design with individually controlled feathered wings.

The ‘#BirdOfPrey’ is taking wing! This sleek new concept takes inspiration from eagles to create a hybrid-electric design with individually controlled feathered wings. We’re always looking for pioneering new ideas – what would your aircraft be inspired by? https://t.co/HOfecb8X06 pic.twitter.com/0zXOr5znJv

“Bird of Prey” is based on realistic ideas – providing an insight into what a future regional aircraft could look like. It includes a blended wing-to-fuselage joint that mirrors the graceful and aerodynamic arch of an eagle or falcon, representing the potential of biomimicry (the design and production of materials, structures and systems inspired by nature).

The Bird of Prey concept was unveiled at the Royal International Air Tattoo event to underscore the UK’s aerospace industry leadership, and also highlights the 50th anniversary of Airbus as an aircraft manufacturer. The conceptual design initiative is backed by the GREAT Britain campaign, the Royal Aeronautical Society, the Air League, the Institution of Engineering and the Technology and Aerospace Technology Institute.