The challenging flight tests included the full range of flight and performance manoeuvres and demonstrated an astonishing static and dynamic stability in the aircraft mode. AirCar flew 70+ hours of test flights, incl. cross country with 200 takeoffs and landings. 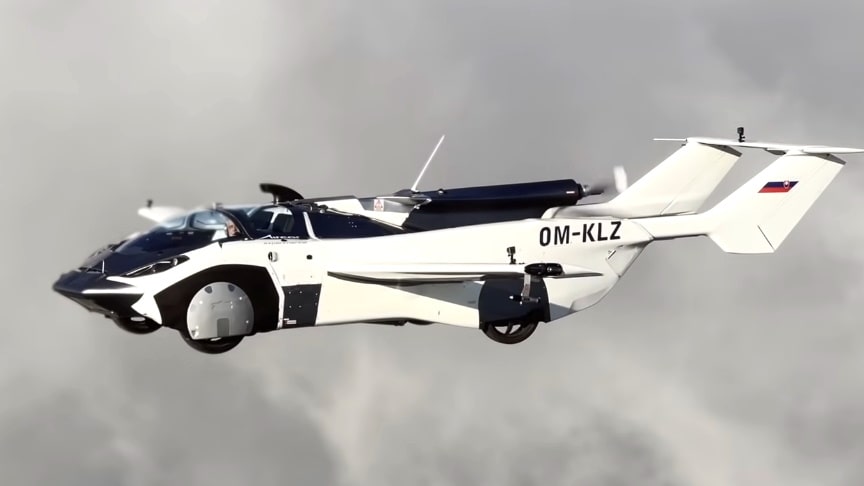 AirCar the dual-mode car-aircraft vehicle has been issued the official Certificate of Airworthiness by the Slovak Transport Authority.The challenging flight tests included the full range of flight and performance maneuvers and demonstrated an astonishing static and dynamic stability in the aircraft mode. The takeoff and landing procedures were achieved even without the pilot’s need to touch the flight controls.

The main fuselage of the AirCar doubles as a two-seat road car with four large road wheels. Styled like a sports coupe, it contributes 30-40 per cent of the total lift when in the air. For flight it is fitted with foldout wings and extending tailbooms carrying a high tail. A pusher propeller is permanently installed between the fuselage and tail, and a safety parachute is installed. Construction is primarily a semi-monocoque of carbon fibre composite over a steel subframe.

Power is provided by a 1.6 litre BMW road car engine, running on automotive petrol or gasoline and delivering 104 kilowatts (139 hp).The prototype AirCar is of comparable length to a Mercedes S-Class saloon, at 5.2 metres (17 ft 1 in), and around 2 cm (1 in) narrower.Overall weight is 1,100 kilograms (2,400 lb).A second, pre-production prototype is expected to have a monocoque fuselage with a more powerful 220 kilowatts (300 hp) engine./wikipedia