The Antonov An-225 Mriya was a strategic airlift cargo aircraft designed and produced by the Antonov Design Bureau in the Soviet Union. It was initially developed during the 1980s as an enlarged derivative of the Antonov An-124 airlifted to transport Buran-class orbiters. 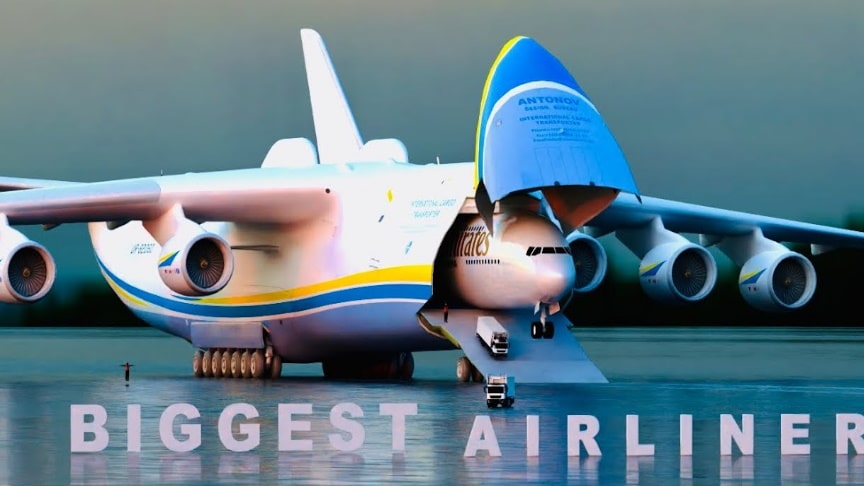 The An-225 is powered by a total of six Progress D-18T turbofan engines, two more than the An-124, the addition of which was facilitated by the redesigned wing root area. An increased-capacity landing gear system with 32 wheels was designed, some of which are steerable; these enable the airlifter to turn within a 60-metre-wide (200 ft) runway. Watch the video from Learn from the base for more info:

The cargo hold, which is pressurized and furnished with extensive soundproofing, could contain up to 80 standard-dimension cars, 16 intermodal containers, or up to 250,000 kilograms (551,150 lb) of general cargo.The flight deck of the An-225 is at the front of the upper deck, which is accessed via a ladder from the lower deck.