When Tas Careaga first saw his 16th-century church it was advertised for sale as a “land plot with build-in ruins”. Abandoned for decades – the town has 6 other churches for a population of 2000 – it was being sold by the local bishopric for very little, but the new owner was required to rebuild it. 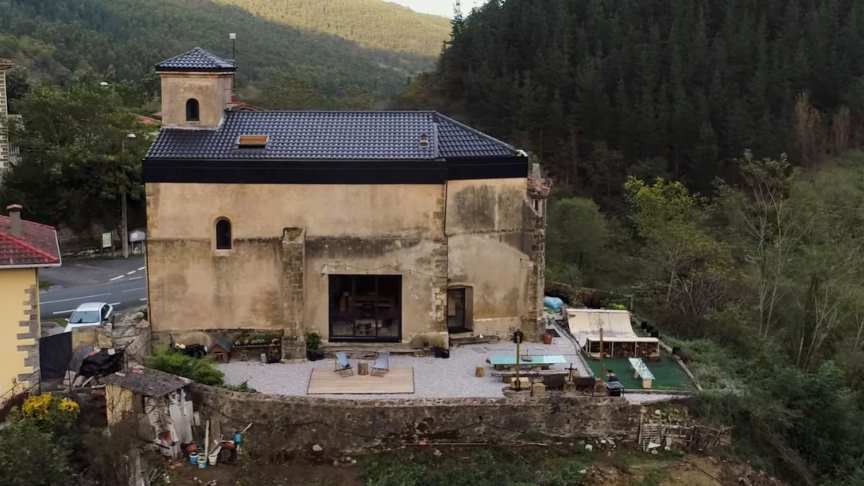 Careaga and friends spent 3 months just clearing the structure of debris before starting work to turn the relic into a home.With help from his architect friend Carlos Garmendia, Careaga preserved the open-feeling of the space by adding only one wall (for a bathroom on the 2nd floor). The cupola now houses a very high-ceilinged kitchen with art gallery walls.

Most of the church celebrates the 10-meter (30-foot) ceilings created 5 centuries ago. In about a quarter of the space, Careaga built a wooden frame to house two open-air floors for a 2nd-floor bedroom and 3rd-floor office. Instead of walls or banisters, the first floor relies on just three thin metal cables for the protection of occupants.

The home is deeply personal, filled with furniture from Careaga’s family, religious art from his grandmother, and idiosyncrasies like a slackline to cross the thirty-foot-drop between the office and a secret bedroom above the cupola. Careaga spent 3 years converting the church to his home.via/read more: Kirsten Dirksen