The Volocopter 2X is a German two-seat, optionally-piloted, multirotor electric helicopter. The aircraft was designed to comply with the European Class 6 microlight helicopter rules and be employed in air taxi service in urban areas.It features 18 fixed-pitch propellers, each powered by its own electric motor.The motors are powered by nine independent quick-change lithium ion batteries, each one powering two motors. The batteries can be charged in 120 minutes normally or 40 minutes on quick-charge from the municipal power supply. 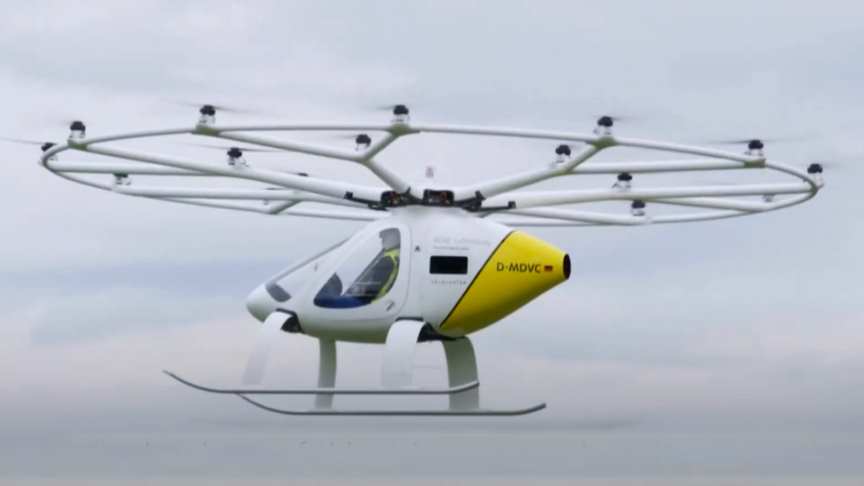 Just science fiction, or soon a reality in rescuing human lives? In a feasibility study launched by ADAC Luftrettung (air rescue) at the end of 2018 and supported by the charitable ADAC foundation, a multicopter was used for the first time in a staged rescue operation.

Covering everything from the alert at the ADAC Luftrettung HEMS base to the emergency treatment of the patient on the scene, a real-life operation was staged. Publication of the findings of the research project is scheduled for next year.

From then on, the theoretical and practical experiences gained could be applied in a real-life pilot project. The researchers are using a Volocopter from the company of the same name based in Bruchsal/Germany for the study.