A tourist and his family visited Kruger National Park in June and witnessed an elephant attacking a rhino and her calf. Dr Krishna Tummalapalli captured the footage below, at Shishangeni Lodge, near the waterhole. 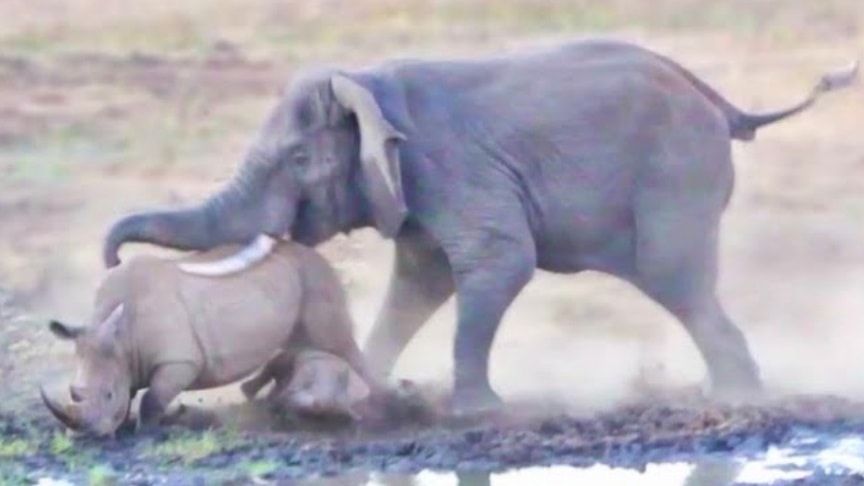 Tummalapalli was staying at the Shishangeni Lodge in early June of this year, and was enjoying a game drive with his family when they came across the two rhinos.At this point, they watched two elephants approaching from a distance. Here’s Kruger Sightings with Tummalapalli recounting what happened next:

“We went to the watering hole and were watching two rhinos drinking water for a bit of time before we spotted two elephants approaching from the distance. We were curious about what was about to happen but we never expected them to get into a fight.”

“As Indian Americans, we were used to Indian elephants which are not as big as African elephants. We think of rhinos as huge animals, but the elephant literally pushed the rhino around like it was nothing!After the rhinos managed to escape some serious injury, the elephant started facing us and moving in our direction. I don’t know whether it would have attacked us, but we put some more distance between the safari vehicle and the aggressive elephant before we could find out. We spoke to our guide and he said that in the 10 years he had been working as a guide, he has never seen anything like this.”via/read more: Kruger Sightings