The future development of a North Sea by Tennet, energy system up to approx. 2050 will require a rollout, coordinated at European level, of interlinked offshore interconnectors, i.e. a so-called interconnection hub, combined with large-scale wind power. 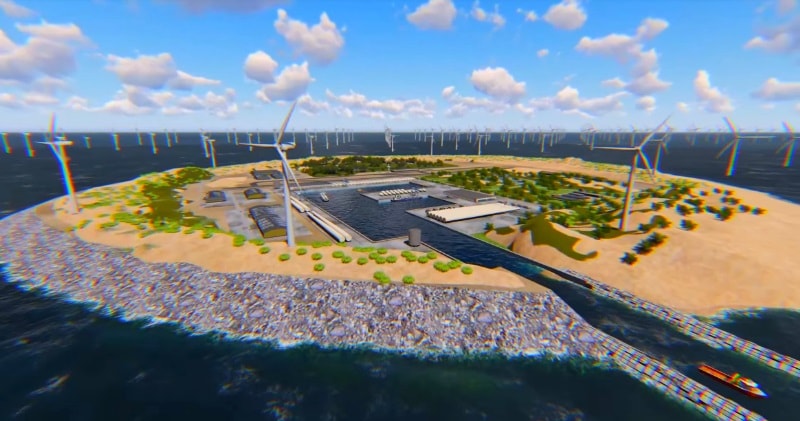 Any surplus wind power could be converted into other forms of energy, or stored. Situating this interconnection hub on a modularly constructed island in a relatively shallow part of the North Sea would result in significant cost savings.

The plan envisions the collection of 10 GW-30 GW wind energy, as well as a power-to-gas conversion and storage in the form of hydrogen.The wind farm island hub would collect energy from the wind turbines through short cables.

These are the starting points for a proposed efficient, affordable and reliable energy system on the North Sea, which will contribute to European objectives being met. This vision does not preclude the option of providing renewably generated power from the wind farms to nearby oil and gas platforms to reduce Europe’s CO2 emissions.