The new HRP-5P seems to have escaped the production line before being completed – with an industrial appearance and a seemingly unfinished body,but it’s incredibly useful. 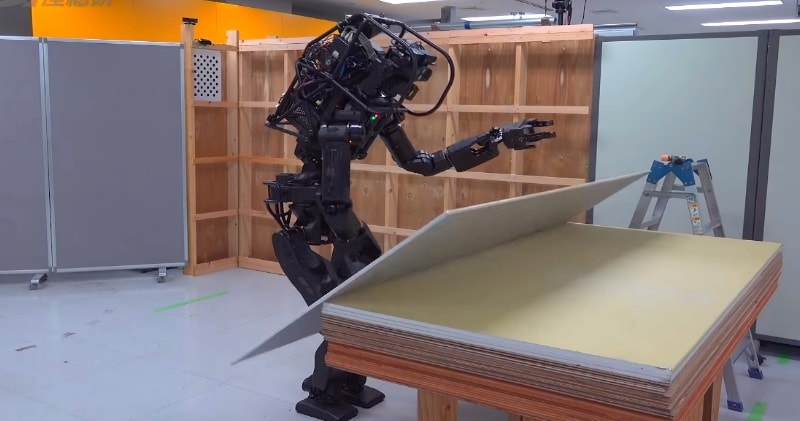 A Japanese research institute has produced an android that can perform tasks on construction sites, including installing drywall panels by picking them from a stack and screwing them into position.

The robot is the HRP-5P, the latest prototype from Humanoid Research Group (HRG) of the National Institute of Advanced Industrial Science and Technology (AIST). The HRP-5P is a humanoid robot with a height of 182 cm and a weight of 101 kg.

The robot can walk over to a table, pick up a piece of drywall, and screw it to the wall thanks to its built-in electric screwdriver.Robot intelligence research and development on the platform is aimed at autonomous replacement of various work at the site of assembly of large structures such as buildings, houses, aircraft and ships.