I test run the baddest most Beautiful 4-cylinder Nitro RC engine I have ever seen or ran.The Revving sound was beautiful and I was absolutely amazed by how beautiful this engine is, then I found out it redlines at 13,500 RPM. 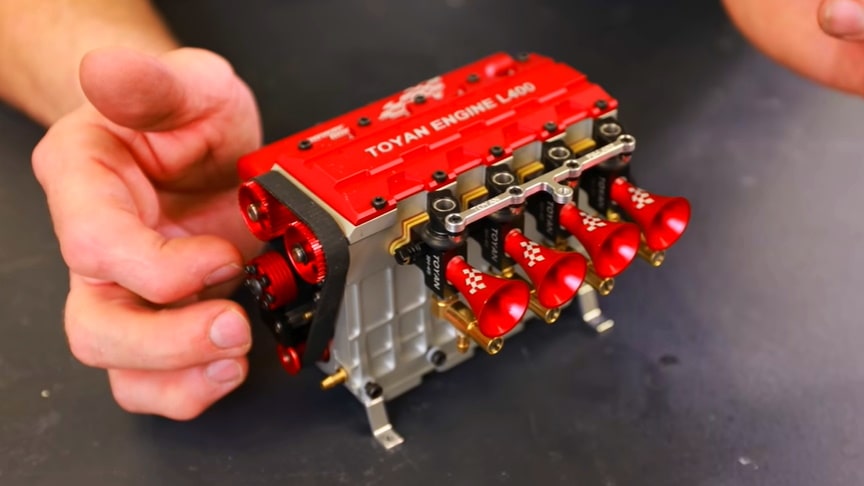 I show the engine and its entirety and I run it a few times in preparation for the upcoming episodes I have with this engine.I was Very Impressed with this little engine, the build quality was out of this world and I was genuinely blown away by how incredible it looks.

The power of the pump body comes from the crankshaft, which provides circulating power for the coolant, and then cooperates with the cooling fan to enhance the self-cooling performance.The new independent four-carburetor design allows players to have more precise adjustments, making the throttle response more sensitive and working more stable./Warped Perception