Danny Huynh Creations shows off one of the sweetest miniatures ever, he calls his creation The Yutani Chainsaw Trike, this mechanical trike features an animatronic android riding atop the rig. 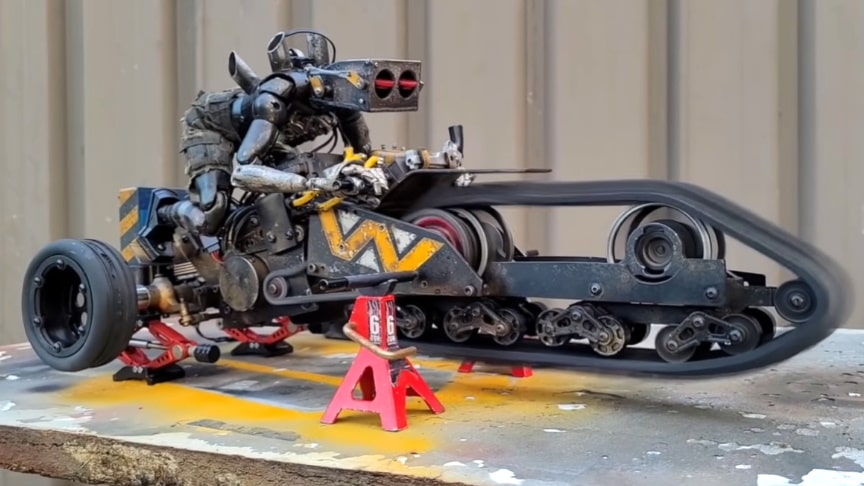 Which has a chainsaw-style front drivetrain and wheels at the rear for stability. It’s not just for looks it’s a fully operational RC vehicle. Just look at all the details on its rider. Watch the video from Danny Huynh Creations:

This video features a mechanical trike with an animatronic android riding atop the rig, from workbench to street chase. It has a front drivetrain in the style of a chainsaw and wheels at the back for stability.

In fact, a lot of the time he takes it as a challenge to make RC toys out of strange objects or give them cool gimmicks.Danny Huynh is an Australian photographer, artist, and RC enthusiast who is gaining attention worldwide with his highly detailed and stylized custom vehicles./Danny Huynh Creations