The Bell X-22 is an American V/STOL X-plane with four tilting ducted fans. Takeoff was to selectively occur either with the propellers tilted vertically upwards, or on a short runway with the nacelles tilted forward at approximately 45°. Additionally, the X-22 was to provide more insight into the tactical application of vertical takeoff troop transporters. 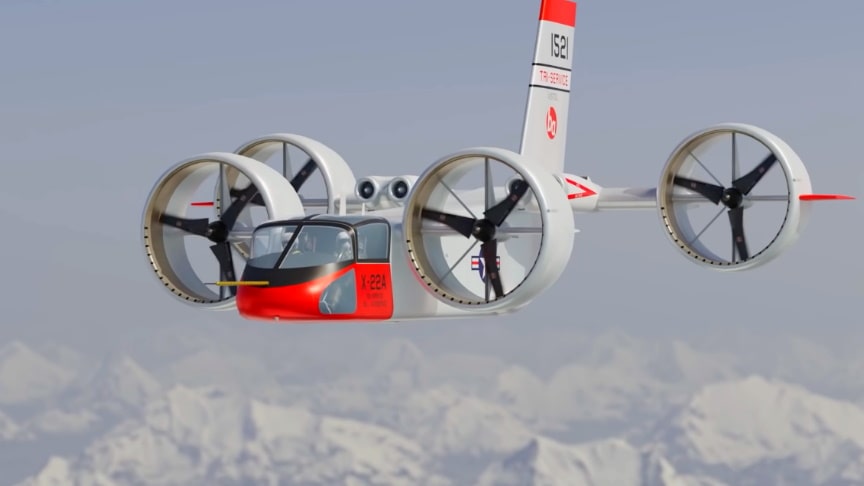 The Bell X-22A had a somewhat boxy fulsage that was 39.7 feet long and a wingspan of 39 feet wide, although its front wing was only 23 feet wide, and came to around 20 feet tall. This smaller stature allowed it to fit within hangers and ships without any folding wings. As it was quick small, it only had a maximum take off weight of 8000 kg, or 17,600 pounds with its four GE turboshaft engines, prouding 1267 house poer, or 945 kilowatts each. Each of the propellers were 7 foot wide, or 2.13 meters.

These propellers would be able to take the aircraft up to a top speed of 221 kn (254 mph, 409 km/h), 387 nmi (445 mi, 716 km), so hardly the range or speed we commonly discuss on the channel, but compared to the range and speed of a typical helicopter today, the bell 206 long ranger, its around double the speed and comparatively the same range. It would have a service celining of around 27,800 feet, or 8,500 meters, meaning the cabin would require pressurization to keep the crew and passengers in comfort.//Found And Explained