The Mikoyan MiG-29 is a twin-engine jet fighter aircraft designed in the Soviet Union. Developed by the Mikoyan design bureau as an air superiority fighter during the 1970s. 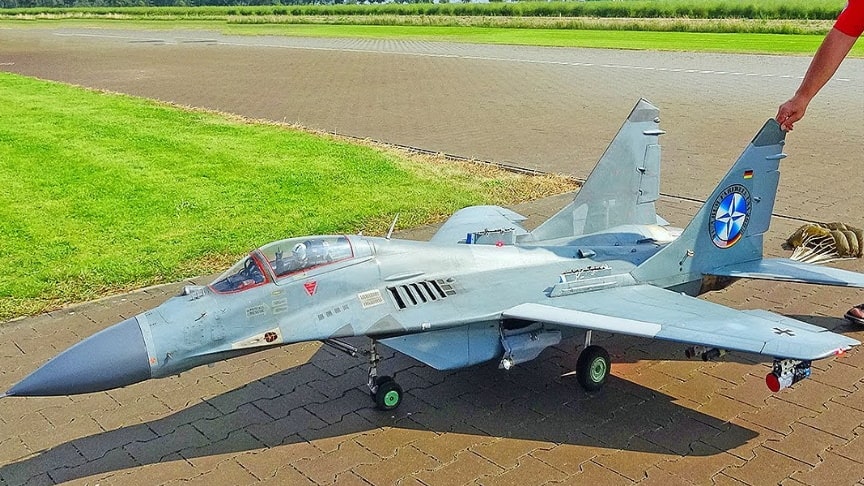 This giant RC MiG-29 is a scale of 1:6, it has a wingspan of app.2.00m, a length of app 3.0m, the take-off weight of the airplen is app. 20Kg.The gear is all home built, including the cylinders. The legs are gas struts with coil spring assistance.

The pilot and the builder of this airplane is Heiko Gärtner.The model is powered by two 2x JetCat P-100 gasoline turbine engines and has better than 1:1 power to weight ratio.

The scale cockpit includes a sliding canopy mechanism. The authentic outline and detailed surface structure and finish make the plane unreachable. Due to its impressive size the MiG-29’s flying characteristics are unreachable./DIGITAL RC