A helicopter main rotor or rotor system is the combination of several rotary wings (rotor blades) and a control system that generates the aerodynamic lift force that supports the weight of the helicopter, and the thrust that counteracts aerodynamic drag in forward flight.This Helicopter Main Rotor Head/Blade System All Parts Design, Assembly and Motion Study/Animation are Entirely Created in Solidworks Software. 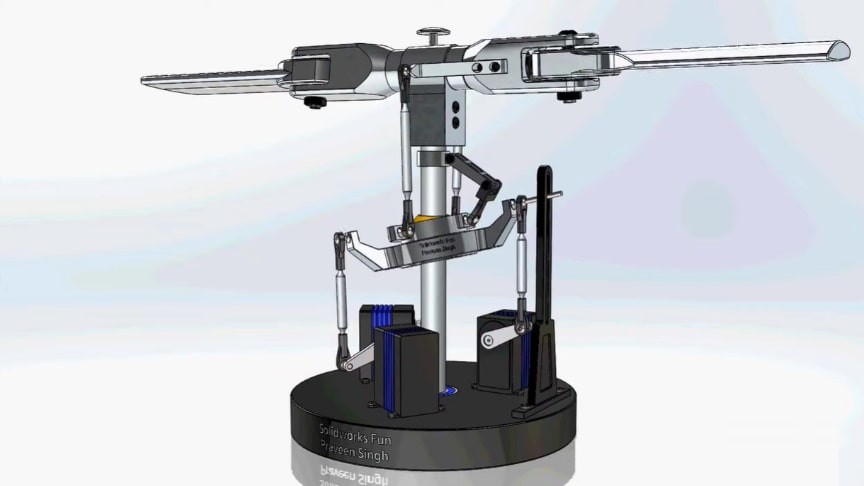 This video is a simple demonstration of How Helicopter Fly/Works & how Swash plate mechanism is used for changing the Rotor Blade Pitch Angle in order to control the Collective and Pitch, that helps a helicopter in take off, landing and moving forward-backward-left-right.

Each main rotor is mounted on a vertical mast over the top of the helicopter, as opposed to a helicopter tail rotor, which connects through a combination of drive shaft(s) and gearboxes along the tail boom.

The blade pitch is typically controlled by a swashplate connected to the helicopter flight controls. Helicopters are one example of rotary-wing aircraft (rotorcraft). The name is derived from the Greek words helix, helik-, meaning spiral; and pteron meaning wing./wikipedia