The UK is home to the Monster Truck Nationals and in 2019 English monster legend, Mike Murty attempted a world first with his truck ‘Big Pete.’ 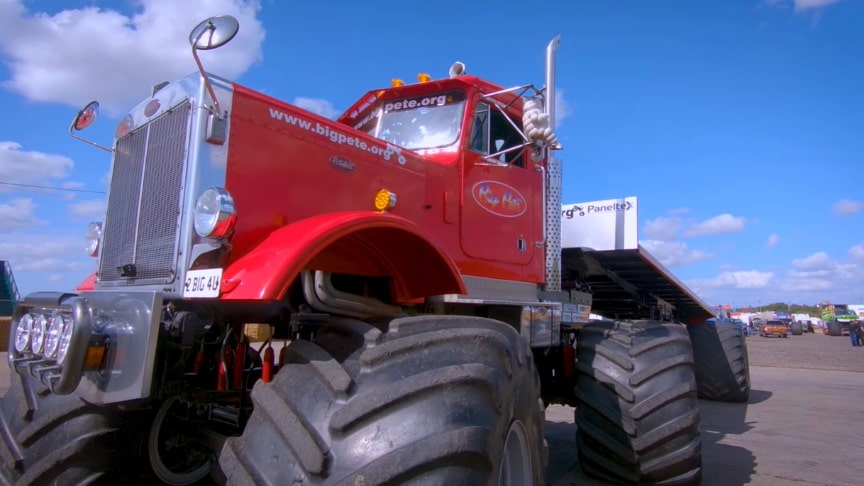 Mike told Barcroft Cars: “We have planned for many years, and for the first time it will be seen this weekend – the world’s first monster truck and trailer, which we designed to be able to crush the cars.”

“These trucks are car killing machines”, Mike said. “It is an awesome and yet awful thing to drive at the same time.” In the film, Mike and Big Pete attempt a world’s first – taking the truck and trailer over a fleet of cars./Barcroft Cars