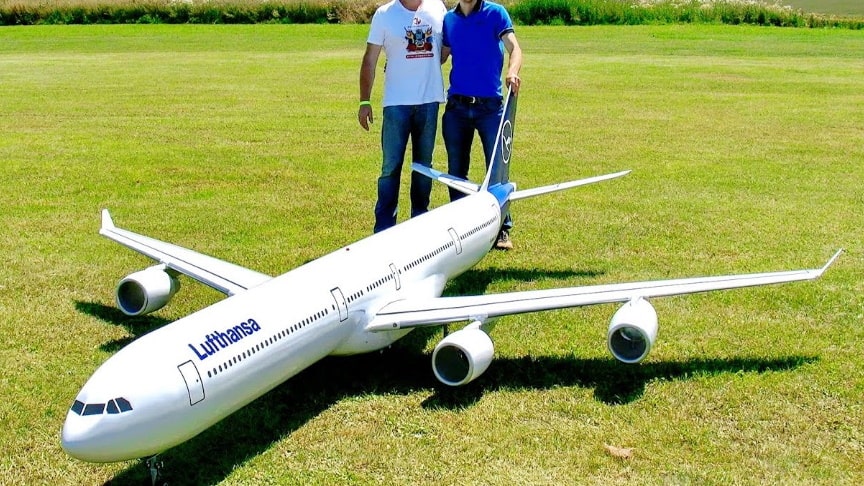 The A340-600 has one of the longest fuselages of all airliners in service worldwide. 379 planes of all versions have been built until production was terminated in 2011.

In this video we have a giant scale RC RC Airbus A-340-600 airplane which is powered by 2x JetCat Turbine engines, the model airplane has a wingspan of 2.94m, a length of 4.72m. The take off weight of the airplane is app.24.95kg.