he SA 315B Lama is a French-Indian single-engined helicopter developed to meet hot and high operational requirements of the Indian Armed Forces. It combines the lighter Aérospatiale Alouette II airframe with Alouette III components and powerplant.//wikipedia 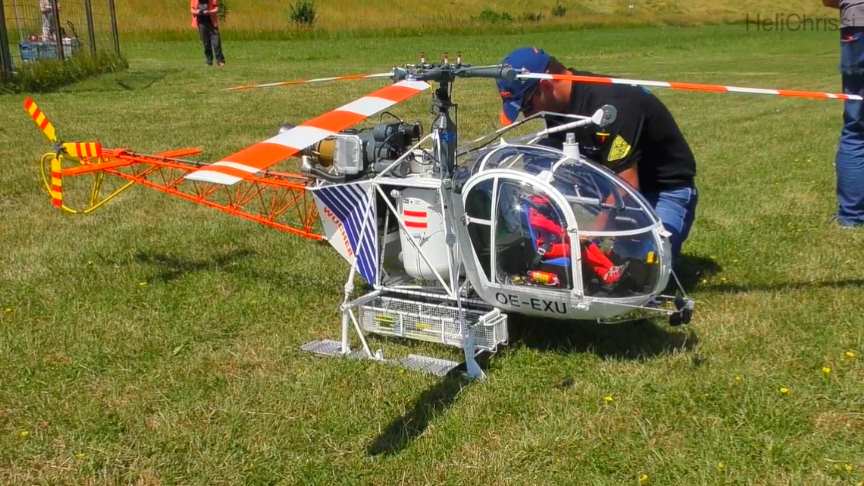 This magnificent and quality crafted Aérospatiale SA 315B Lama Helicopter is finely handmade from composite materials and steel and skillfully hand-painted by gifted artists./HeliChrissi RC

The hinged doors are large at 340 x 310 mm, and extra strength is obtained from integral corrugations in the GRP frame. The fuselage is of impressive length, but transport is eased by the removable tail boom: the entire boom can be removed after undoing just three screws.

This giant RC SA-315B LAMA helicopter has a rotordiameter of 2.65m and is powered by a Jcadofsky P600 turbine engine, the helicopter weight is 24.2kg. The pilot of this helicopter in this video is Andreas Scheiber.