Let’s understand the technology behind the hill start assist in a logical way.Sensors in the vehicle are used to detect when a vehicle is on an incline. The hill start assist maintains the brake pressure for a set period of time as you switch from the brakes to the gas pedal. Once you press the accelerator, it releases the brake. 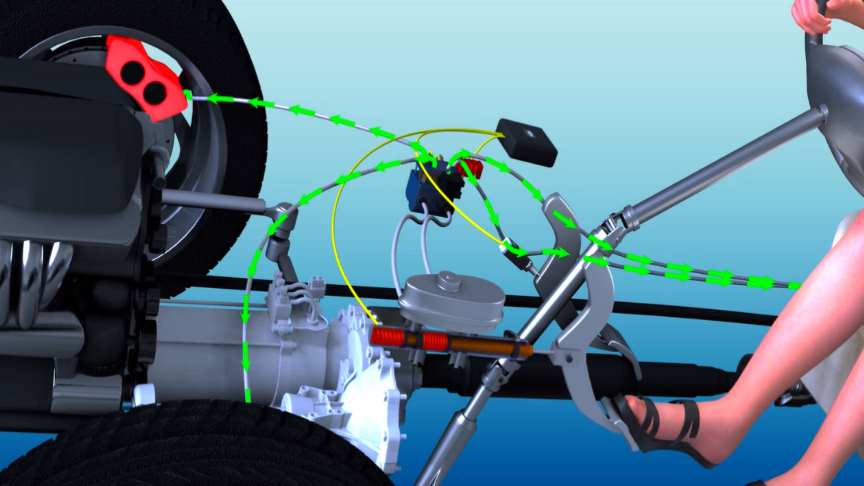 Hill-holder is a name for the mechanism invented by Wagner Electric and manufactured by Bendix Brake Company in South Bend, Indiana. It is a device that holds the brake until the clutch is at the friction point, making it easier to start up hills from a stop in manual transmission automobiles.

Hill-holder works by holding the brake in position while the driver sets-up and activates the first gear to move the car forward from a complete stop, without fear of roll-back.

In layman’s terms, the modern hill-holder function works by using two sensors, in concert with the brake system on the vehicle. The first sensor measures the forward-facing incline (nose higher than tail) of the vehicle, while the second is a disengaging mechanism.