Jonathan Boisson demostrates giant scale Rafale from Aviation Jets. This monster sized jet is powered by a Kingtech K310 jet turbine engine also it is equiped with a vector thrust. The airplane has a 6 high torque Mks servers routed into a Powerbox system complimented by a Gyro Bavarian Demon Cortex for stability. 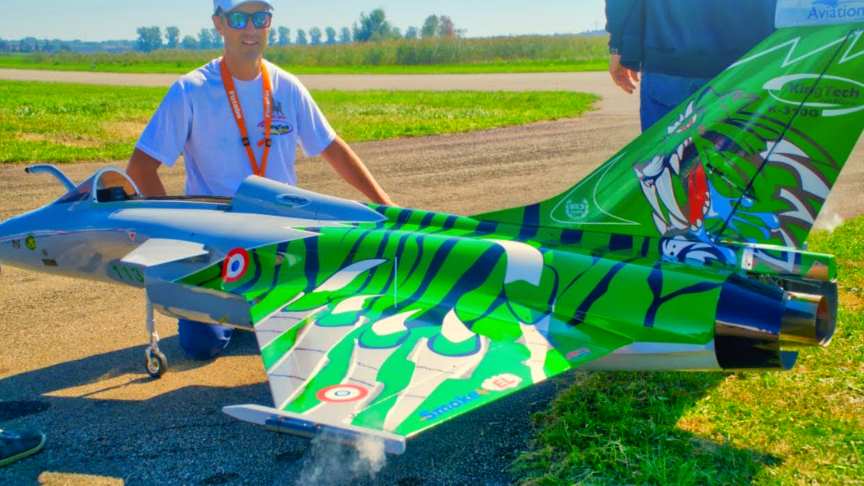 The airplane comes in a 1:5 scale with a wingspan pf 2.15m and a lenght of 3.00m, the take off weight of the airplane is 18kg. The pilot of this airplane in this video is Jonathan Bossion./DIGITAL RC

This RC Rafale includes landing gear/doors, large Kevlar fuel/smoke tank with fittings, Air components and hardware. The nose and main landing gear are all metal and include redesigned shock absorbing struts to protect the gear during hard landings.

The Dassault Rafale is a French twin-engine, canard delta wing, multirole fighter aircraft designed and built by Dassault Aviation. This RC Rafale is very easy to fly with excellent performances it is a high performance jet with excellent very low and high speed capability.