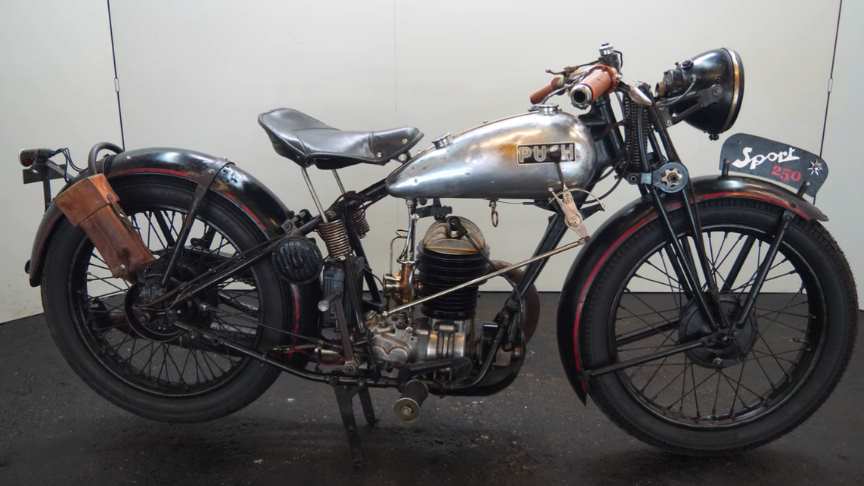 Cyclists like Josef Fischer, winning the first edition of Paris–Roubaix in 1896, popularized Styria bicycles which were even exported to England and France. By 1895, Puch already employed more than 300 workers producing about 6000 bikes a year.

This Puch bears its first paint and is fitted with a Bosch lighting set and a three jet Zenith 26MC carburetor. Only a small number of the 250 Sport models survived and are very rare these days.via/read more: classic-motorcycle.com