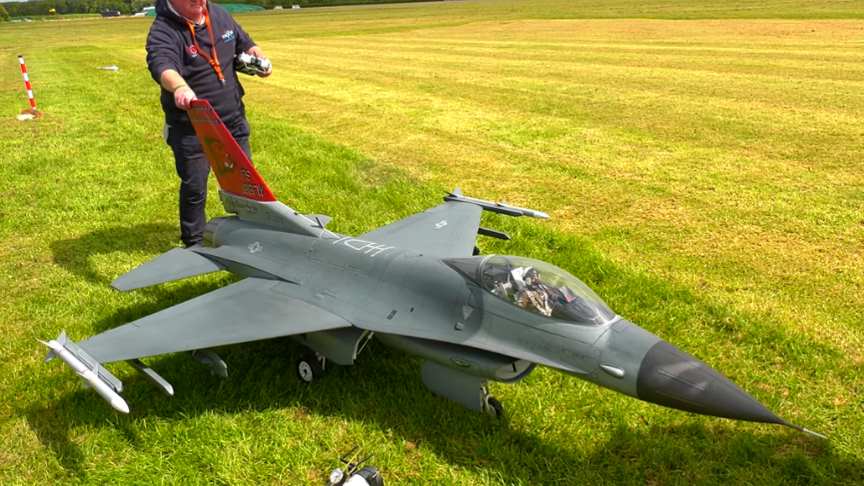 Unfortunately everday citizens cannot get their hand on real military aircraft, but that is what has always made RC vehicles so appealing.They bring the impossible to reality and in this video we get the ultimate pleasure of watching the RC F-16 Fighting Falcon in the air!video by Essential RC:

Mark Hinton flying his 1:5 scale F-16 at East Kirkby Large Model Association Show. This F-16 was built from a Jet Legend kit and is powered by a Jetcat P200. This model has 64 inch wingspan, 98 inch length and weighs 34 lbs without fuel.

The F-16 is iconic and this is a fantastic aerobatic demonstration by its owner.The fearless form of the F-16 including its prominent cockpit has been faithfully rendered.This amazing remote-controlled scale model looks and flies just like a real F-16 Cobra fighter jet.The power that this plane packs allows it to perform a full aerobatic display: inside loops, outside loops, axial rolls, and spins are all possible.