The BMW Group has come up with something very special this year with the world premiere of the BMW 3.0 CSL Hommage R – a car that celebrates both the 40th anniversary of BMW in North America and the heady racing success of the BMW 3.0 CSL in 1975. 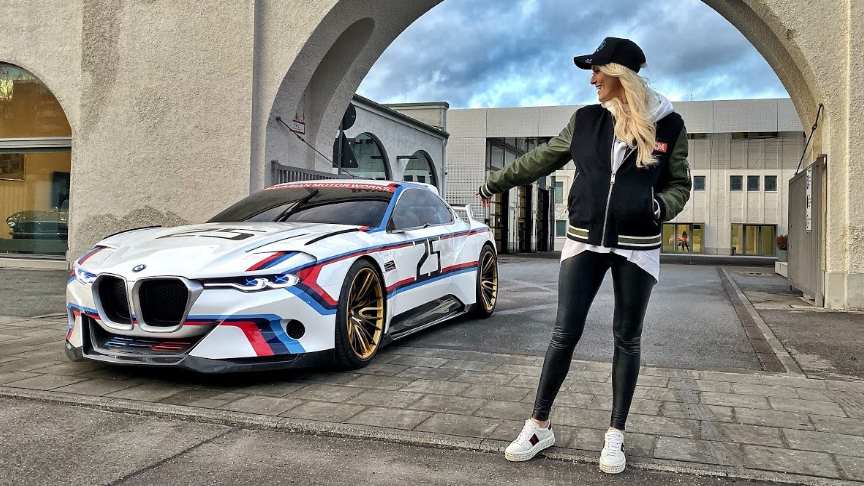 I was invited to the home of BMW to take a look at the BMW 3.0 CSL Hommage R! Personally, I’ve never been able to rev a concept car before, and what I heard was music to my ears! We take a look around this car, and other super rare and cult worthy cars in this vid. Thanks for watching always guys. Much love, Alex xx.

The Hommage R has an inline-six under the hood that, according to the video, makes 500 horsepower. As is often the case with a Supercar Blondie video, she takes the concept for a brief drive that’s relegated to private property since it’s not road legal.

The side-section design of the large carbon-fibre seat shells reflects the anatomy of the seated driver, thus providing maximum support in any driving situation. The seat shells follow a rising diagonal path rearwards, a line extended behind the seats into the rear by a structural carbon-fibre element that increases the torsional rigidity of the BMW 3.0 CSL Hommage R.