The R17 is a motorcycle manufactured by BMW from 1935 to 1937.In many ways the R17 was a contradiction between the old and the new.The hydraulic front fork was quite revolutionary for the time but it still retained a rigid rear end. 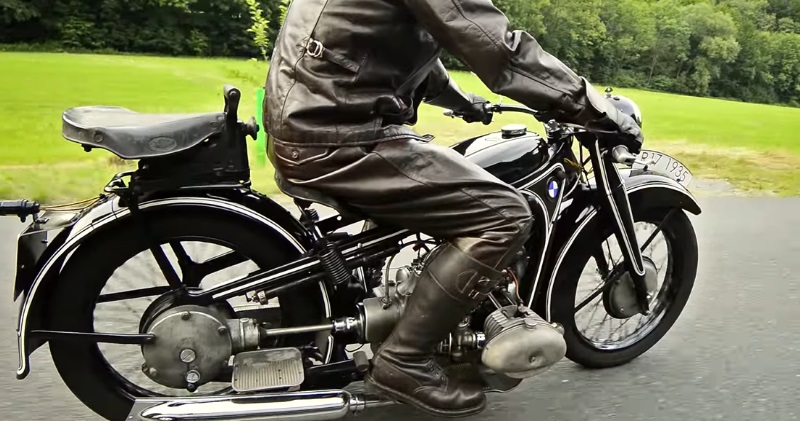 Only 436 were produced between 1935 and 1937 and today this rare and exclusive model is one of the most sought after of pre-war BMW motorcycles. Like this one on the video by Michal Hlavačka (No. 20 produced in March 1935 is the oldest surviving BMW R17.)

The engine dimensions of 83mm x 68mm were extraordinarily oversquare for the day, this short stroke enabling the 750cc R17 to rev out to 5000rpm. With a modest 6.5:1 compression ratio and twin 25.4mm Amal carburettors, it produced 33hp, sufficient for a top speed in the region of 140km/h.Transmission:4-speed gearbox.//trademotorcycles

The R17 was an exotic and attractive machine imitating the styling of contemporary luxury cars, it was really only a dressed up R12 sidecar workhorse with a stronger engine.The humble origins provided many practical features such as interchangeable 19in wheels with identical 200mm single drum brakes.//trademotorcycles