Boom Supersonic has unveiled a radical design change to its upcoming Overture aircraft. Boom says the Overture will fly at twice the speed of today’s airliners and it will be able to fly from New York to London in only 3.5 hours. 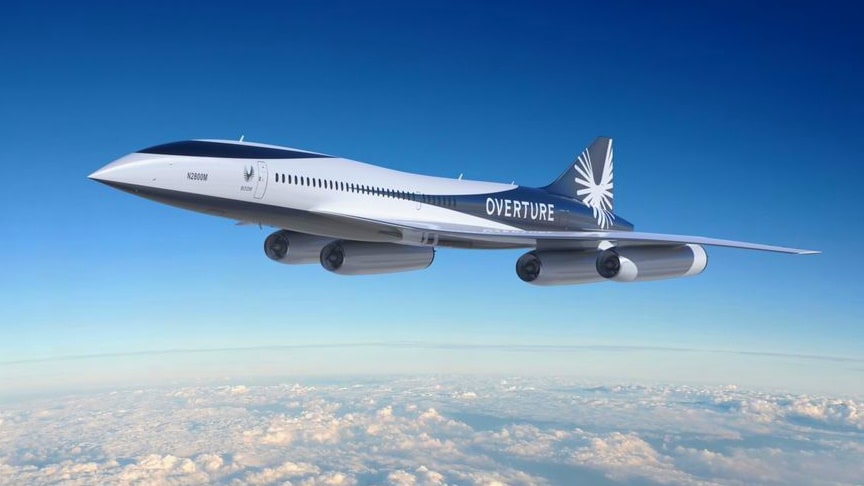 Carrying 65–80 passengers at twice the speed of today’s airliners and running on 100% sustainable aviation fuel (SAF), Overture will fly Mach 1.7 over water with a range of 4,250 nautical miles. 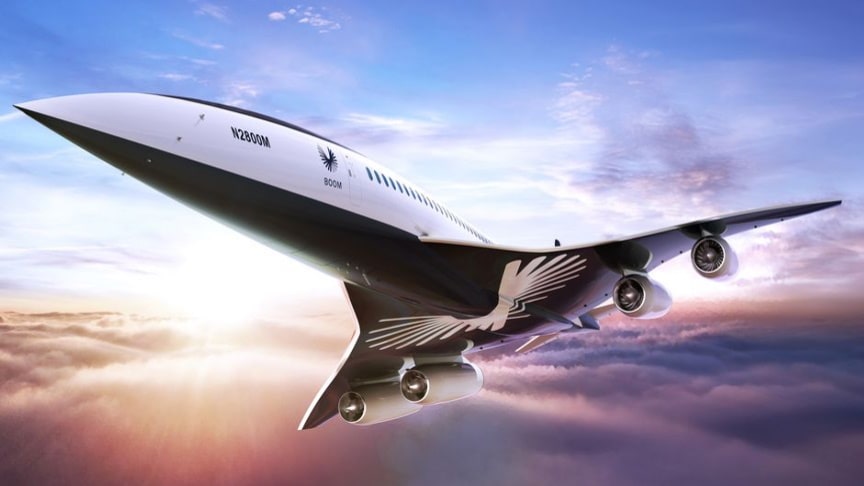 Overture will be powered by four powerful, wing-mounted engines that enable the airliner to cruise at Mach 1.7 over water and just under Mach 1 over land. Additionally, the four-engine design reduces noise while also decreasing costs for airline operators. Engine placement was selected to conform to the strictest passenger safety requirements.

The aircraft’s wings are sculpted to enhance supersonic performance as well as improve subsonic and transonic handling. Importantly, the wing shaping also helps ensure safety and stability at any speed.

Overture will incorporate carbon composite materials into the majority of the build that are lighter, stronger, and more thermally stable than traditional metal construction.