Thanks to Bugatti and the owner for access to their one-off Vision GT, which now has a fully new Chiron engine! It’s their vision of the ultimate track car and was made to feature in the Playstation game Gran Turismo. I speak to the experts … and … about the car to get the low down on why it was made and what it’s capable of. 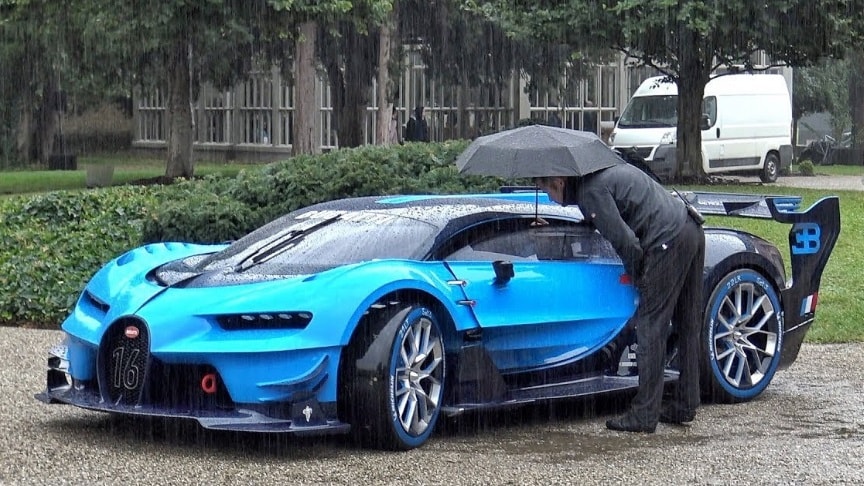 The Bugatti Vision Gran Turismo is a single-seater concept car developed by Bugatti and was manufactured in Molsheim, Alsace, France. The car was unveiled at the 2015 Frankfurt Motor Show, a month after its teaser trailer was released, which was titled #imaginEBugatti.

It was built under the Vision Gran Turismo project, and with its looks, influenced the Bugatti Chiron’s design language. The color scheme of the car is based on the 1937 Le Mans-winning Bugatti Type 57G Tank racer.