Touchscreens are present in our vehicles either as standard or optional equipment but they have first appeared in a production vehicle in 1986 thanks to General Motors. 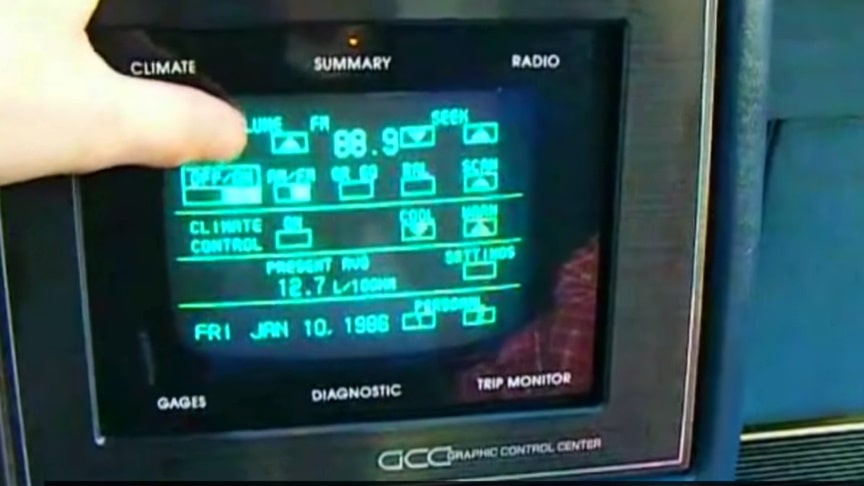 Buick was responsible for creating the first touch screen technology for cars wayyyy back in 1986. The tech was dropped because drivers complained that it took their eyes off the road. This kind of tech wouldn’t be seen again for a while.

The 1986 Buick Riviera had a touchscreen Graphic Control Center as standard equipment, or to be more specific, a CRT screen covered with an invisible Mylar switch panel that utilized transparent conductors.

The GCC system has a great futuristic color. This design beyond the times shocked everyone at the time. Itprovides basic functions to display average fuel consumption, date and time, and allows the driver to adjust the stereo volume, change the radio station, and set the climate control./RE