With the wet season here, it’s time to plant this years crop of yams. The previous yam garden, a large basket type enclosure, worked well in discouraging predators from eating the growing tubers. But with time the cane enclosure rots. So I switched to a method of protecting yams by planting the seed yams under a pile of rocks.via: Primitive Technology 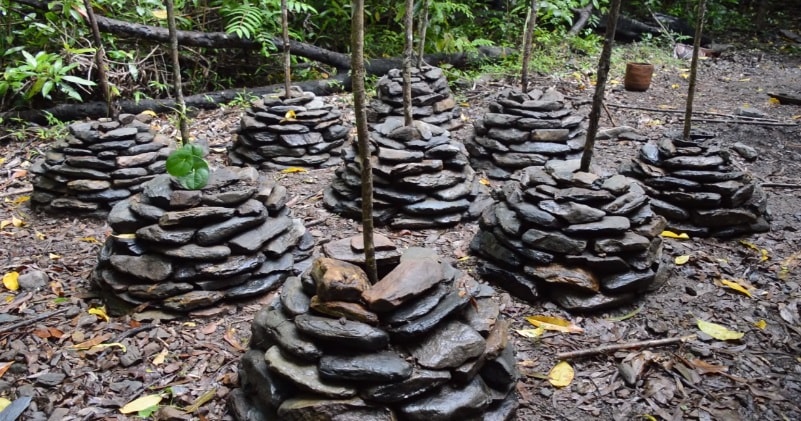 Early tests prove that this method protects them from being eaten. The rocks are too heavy for scrub turkeys to lift and wild pigs seem not to associate the pile of rocks with food.Primitive Technology

So the next step was to make a garden consisting of individual mounds fortified with neat stonework. This was done by building layers of stone circles around the mound while adding soil with each layer.

A yam bulb was planted in each mound during this process. A wooden stake was placed in each mound for the yam vine to grow up and horizontal rafters were tied to the top of these stakes to give the vines something to grow across. By the end of the project the yams had started growing with some coiling around the stakes./Primitive Technology