SOME people would die for a ride in ‘Campula’ – the creepy camper created by brothers Christopher and Michael from Illinois. Starting off as Christopher’s tattoo vehicle, it was Michael who suggested that they turned the motor into something that looked a little more sinister. 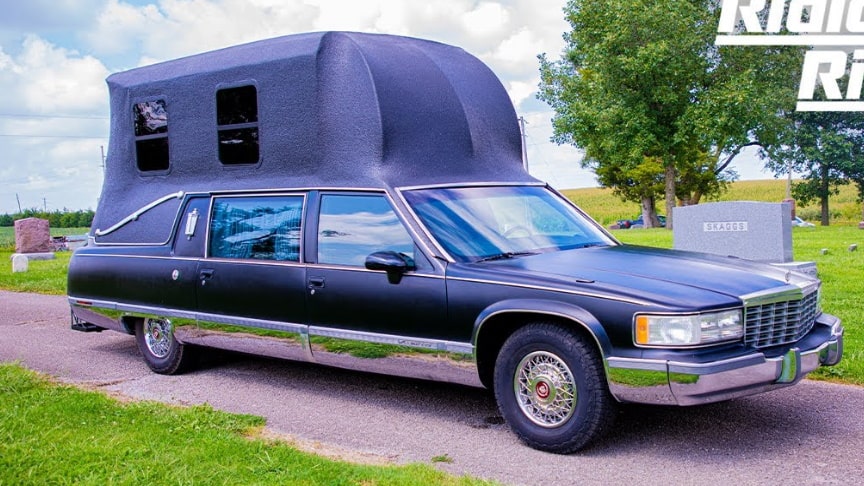 Christopher explained to Ridiculous Rides: “Mike had the idea of converting it into a camper and I’ve always been into the horror movies so it was appropriate for sure.”

Explaining the inspiration behind the name of their creation, Michael said: “The Munsters TV show from the ‘60s – Grandpa Munster built a dragster out of a coffin and it was the Dragula, so the name was sort of lended from that.”

Based on an original Cadillac hearse, the pair got to work, transforming it into a stand-up RV for two. “The hardest part of this conversion probably comes down to raising the roof, creating square footage,” Mike explained. But what kind of reaction do they get when they’re cruising in their chilling camper? “Either a thumbs-up or a disgruntled look”, Christopher chuckled.//Barcroft Cars