I’m back at Donkervoort in the Netherlands to check out the D8 GTO JD70! Boasting 2G cornering ability, this particular example of the 100 Individual Series models showcases a full carbon exterior with Hermes leather interior! And to drive… well.. you’ll see. 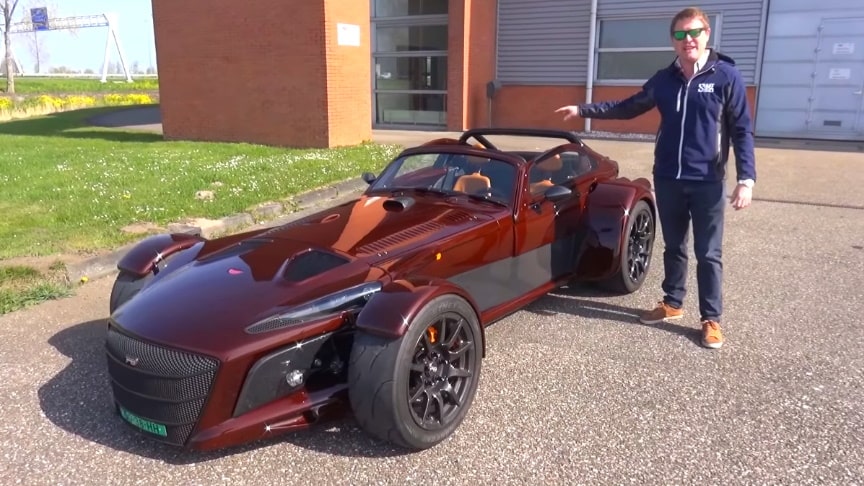 Having last visited the home of Donkervoort about 7 years ago, things have moved on since with the D8 GTO JD70 furthering the RS models, and 40th anniversary, to offer 415hp from a car that only weighs 680kg; with the 2.5l turbo 5-pot engine found in the likes of the Audi TTRS. The bodywork in this case is in full exposed carbon fibre including even the engine cover, an example of the Individual Series opportunities.

Thanks to @dr.sasha.g @drtelaviv, let’s take a good look at the ‘Bonkers Donkers’ including the rather fabulous one-off interior with leather that comes straight from famous fashion masters, Hermes. Not only that, but the luggage compartment even houses a custom carbon suitcase with Hermes straps to hold it in place.

It’s hard to explain the feeling of a car like this, but the acceleration with a 5 speed manual gearbox is roughly in line with my McLaren Senna. Beyond that is the ultimate in raw experience that brings something totally unique and special to the connection between driver and car. The D8 GTO has served Donkervoort very well, and the JD70 is a fabulous culmination of that, what a car!//Shmee150