The ELA Eclipse EVO. Gyroplanes have been sort of a phenomenon here in the u.s the last couple years. Even as an enthusiast myself when i look at this thing it’s like an airplane and helicopter in one but really those rotor blades work differently on his structure than they do on the helicopter. 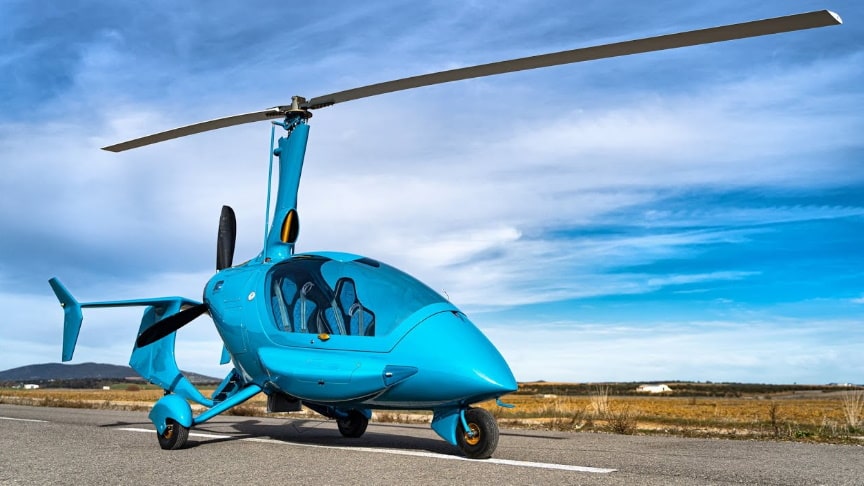 Because as you can see here you do have a pusher motor okay naturally in a helicopter you you have the motor that’s that’s moving your your rotors but that doesn’t have any power attached to it it’s the airflow that’s coming out of your pushing motor that’s generating uh some energy to for that to spin.

I love the design i think this is really neat you can see the engine bay here that you can easily access and you can see right there 915. so this is a rotax 915 engine and again speaking of that aerodynamic for gyroplanes, you do have some control surfaces in the back which is your rudder but you’ve got the stabilizer as well.

Eclipse EVO is a fixed landing gear plane so these are not retracts and unfortunately in the US this is an experimental aircraft but out in Europe it is certified but partly because of that engine and this is a fairly new product as a matter of fact this is the first model that they have here in the US.via/read more: MojoGrip