The Chaparral is a hybrid-electric vertical takeoff and landing (VTOL) cargo aircraft being developed by the team at Elroy Air in San Francisco, CA. The system will carry 300lbs of cargo over a 300mi range. This video reveals a bit more about the system than we’ve shown in the past. 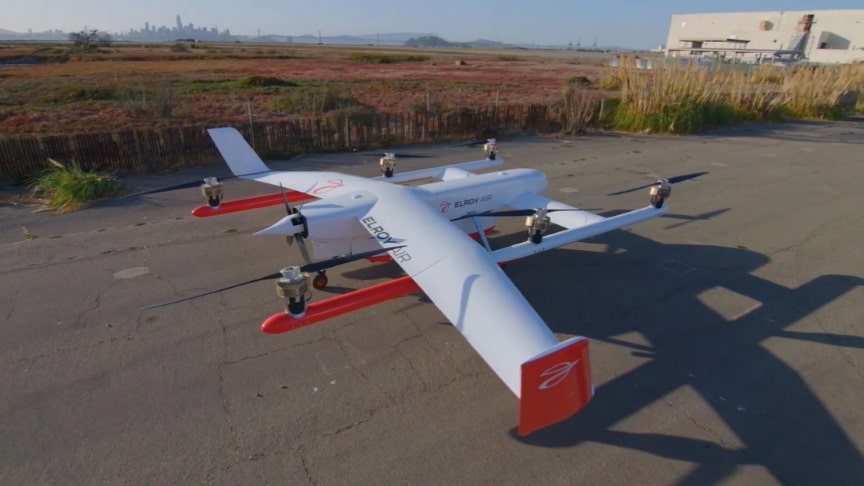 The tandem-wing design employed in the air cargo role has a pusher propeller for forward flight, six propellers under twin booms for vertical lift and a pod to carry 250-500 lb (100-225 kg) of cargo under the central fuselage.

The hybrid electric powertrain has variable-pitch rotors with a large diameter to turn more slowly, for redundancy and to reduce noise.

Its 300 mile (500 km) operational radius is optimized for express delivery. Ground robots are planned to be employed for ground handling and one pilot would be responsible for an entire aircraft fleet./ Elroy Air