In this video from the 2021 SEMA Show held in Las Vegas NV I found what I believe is a C5 Chevrolet Corvette.The “GT SSC” Dual Engine Super Super Car.At least that’s what I think it started as.When I first laid eyes on this custom exotic sports car.I mean.It’s a widebody. 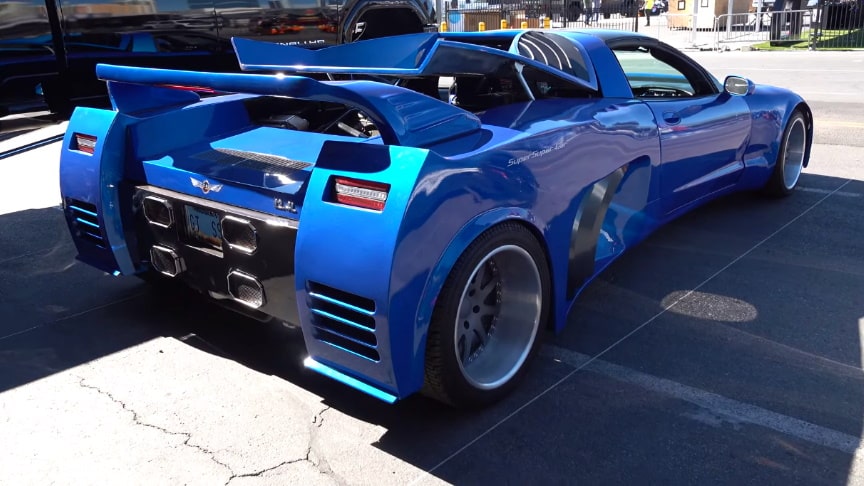 Something??.But I had no idea what I was really looking at.And it sounded different.It was The SEMA Show and there is always crazy stuff that shows up.So no idea.

Upon closer inspection I still didn’t know what this custom Chevrolet Corvette was hiding.Obviously totally custom…And it seemed if I closed one eye.I could see a Corvette?.But then I walked by when the rear hatch was open.

I could not believe what I was seeing.TWO LT4 setting next to each other! That explains why it was so wide.Then it dawned on Me.These two LT4 where at the wrong end of the car!.CRAZY!The interior is still C5 Chevrolet Corvette.The roof.Still, Chevrolet Corvette. But the rest from front to back.Custom.One of a kind for sure.Like it or not.It is interesting!//ScottieDTV