Presentation of the Colibri vehicle concept as part of the ADEME eXtreme Challenge.Colibri is the size of a motorcycle to get through traffic jams and park easily, but offers two places in a closed cabin (L x W x H: 2.50 m x 80 cm x 1.56 m) for a very contained price, equivalent to a big scooter or a small car. 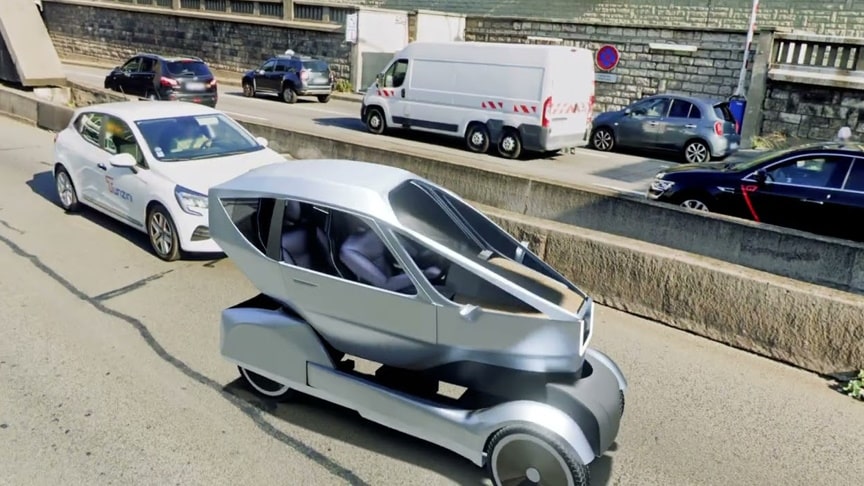 Colibri its a compact low emission vehicle for urban transport with its traffic-busting design that could be zipping through city streets.Small four-wheeled narrow tilting vehicles have the potential to become the next generation of city cars, there is not enough info provided about Colibri’s engine and technology, watch the video concept by Romain Tondre:

It can go on expressways, peripherals and highways for everyday use and provides a unique feeling of jet.It emits 10 times less CO2 during manufacture and use than a conventional car and has a footprint 4 times smaller.

A tilting car is a type of automobile that has the ability to change the angle between the road and the bottom of the passenger cabin in such a way that there are reduced horizontal forces on the passengers while the vehicle is driving through a curve. It may have three or four wheels.