YouTuber Colin Furze has built an actual working hoverbike/flying bike/human blender that actually FLIES.Outfitted with two massive propellers to provide lift, Furze’s hoverbike uses the same physics as the drones increasingly ubiquitous in today’s skies.The entire construction process was documented in a series of four videos, but this last one is the culmination. 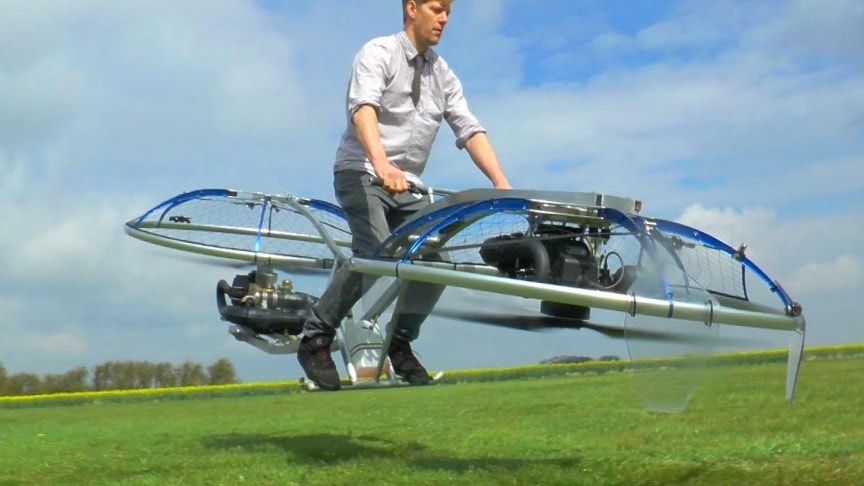 “The engines are 2 stroke so can handle being flat but we have had uneven wear on one side of piston ring/barrel.Weight is a hugh factor, even taking keys out of pocket and fuel tank being half full makes a noticeable difference so no room for pulse jets i’m afraid.”

The rotors and motors were custom-built, and building the s-shaped chassis took a lot of experience with metalworking. But Furze says that despite all the warnings from naysayers who swore the hoverbike would flip over on him, that never came close to happening.

It’s in fact very stable, he’d have added a tail rotor to control for the gyroscopic spin.. He found that a single motor was enough to lift 53 kg and so calculated that two would be sufficient to lift his 80 kg of weight along with the bike’s frame.