This is a video of a house in Norway that’s set to be demolished. But, instead of standing in the basement and swinging sledgehammers at load bearing walls like they would in Poland, two guys decide to fill the second story bathroom with water until the floor collapses. This is a video of that happening. It was kind of upsetting to watch because, shit, I would’ve lived there. Sure it’s not the nicest looking house, but it did have a bathroom. The results of their exercise are as expected.

As the room fills up with water, the weight of the water collapses the floor below it, which creates a kind of water explosion.The water eventually spills out the windows of the house as well.

UPSTAIRS. That’s like a mansion where I come from I come from the streets. Just sayin’, I’ve been living in a 2001 Explorer for almost four months now. It doesn’t even have a DOWNSTAIRS bathroom. It has a pickle jar. A pickle jar and a trashbag for a window.Hit the jump for the if you really hate somebody you should wait till they go on vacation then put a garden hose through one of their basement windows and leave it running. 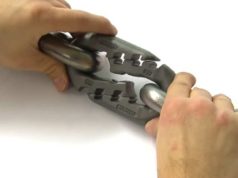 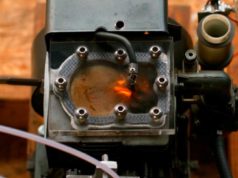