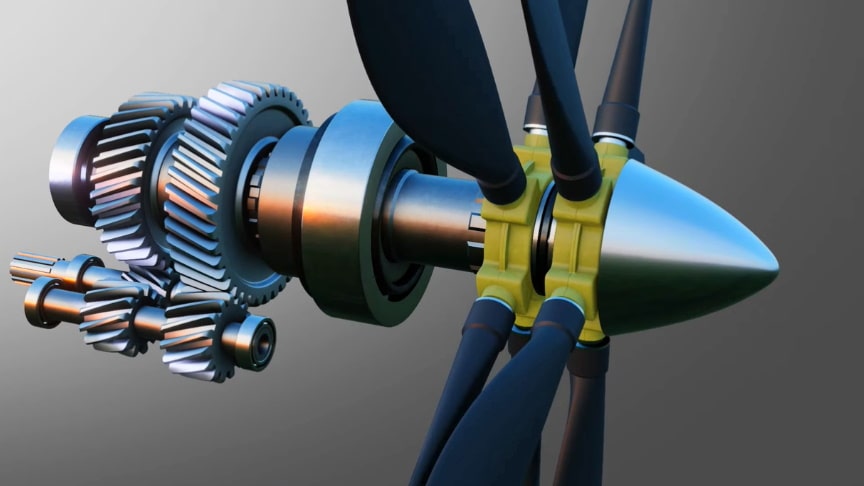 Two propellers are arranged one behind the other, and power is transferred from the engine via a planetary gear or spur gear transmission. When airspeed is low, the mass of the air flowing through the propeller disk (thrust) causes a significant amount of tangential or rotational air flow to be created by the spinning blades.

The energy of this tangential air flow is wasted in a single-propeller design, and causes handling problems at low speed as the air strikes the vertical stabilizer, causing the aircraft to yaw left or right, depending on the direction of propeller rotation. To use this wasted effort, the placement of a second propeller behind the first takes advantage of the disturbed airflow.

A well designed contra-rotating propeller will have no rotational air flow, pushing a maximum amount of air uniformly through the propeller disk, resulting in high performance and low induced energy loss. It also serves to counter the asymmetrical torque effect of a conventional propeller (see P-factor).