The Kamov is the originator of the man-carrying version. In Europe, especially the Kamov KA-32 of Heliswiss reached impressive fame with its special missions in transporting heavy loads.This giant RC ScaleKa 32 is powered by a electric engine, it has a rotor diamater of app.2.60m and a lenght of Length: 2,50 with a take-off weight: app.40 Kg. 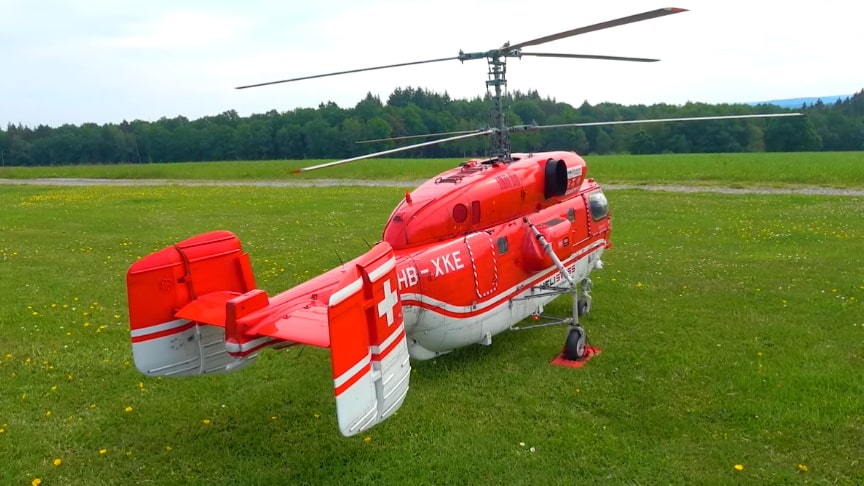 The fuselage is designed utilizing computer 3D drawing and CNC plug, providing extremely detailed and precise scale panel lines.The finished model can then hardly be distinguished from the original.

The finished model can then hardly be distinguished from the original.The coaxial RC helicopters remain to be one of the most amazing and fun products to hit the RC world.To this giant Ka-32 was given the finishing touches by this lovingly handcrafted kit.

The Kamov Ka-32S ‘Helix’ is a military helicopter developed for the Soviet Navy.It is very robustly built and equipped with two powerful gas turbines with 1663kW each.The Ka-32 is used for supplying outstations or oil platforms, for transporting heavy external loads and also for search and rescue missions.