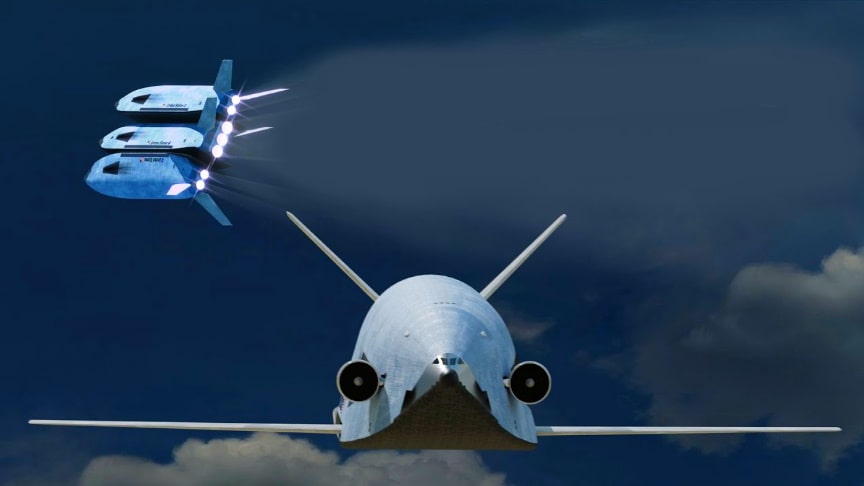 Good subsonic performance, attained by variable geometry wings, coupled with the use of turbofan engines provides a cruise capability which enhances both operational and logistics activities.

Two of the vehicle elements operate as boosters from liftoff to a staging velocity of about 8,000 – fps, after which they decelerate and fly subsonically to a suitable landing site.

The orbital elements, complete with payload, then accelerates to low earth orbit. Prior to staging, the rocket engines of all three elements are operating with propellants from the booster elements.