Brought up on James Bond, Chris Oakes saw the appeal of an underground lair, but his reasons for building a 4,000-square-foot mansion nearly entirely below ground were permit-related. 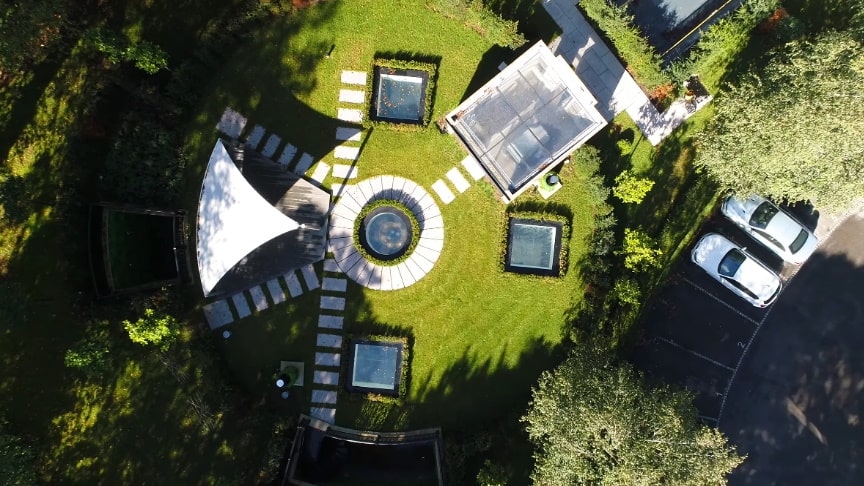 When he asked for permission to build a home on land he owned – the garden of a former mansion-turned-apartment building – a local inspector turned him down saying, appeal inspection said “and it was quite key words,” explains Oakes.

“You’ll never get planning for any house here which takes away the view from the street of the main house. Conservation area, period house, you won’t get it.”

So Oakes went underground, building huge walk-on glass skylights and green-walled sunken patios that make the space feel full of natural daylight and humidity-free. There’s a car elevator to arrive like Bond, but there’s also a small glass “folly” building that acts as an entryway for those who enter on foot by staircase./Kirsten Dirksen