In this video from the 2022 NSRA Street Rod Nationals held in Louisville KY, I found this very cool 1955 Ford F100 Street Truck. It’s covered in a dark brown metallic paint that was really working in the Louisville sun.Not a color you see used a lot, But one that this truck wears well. 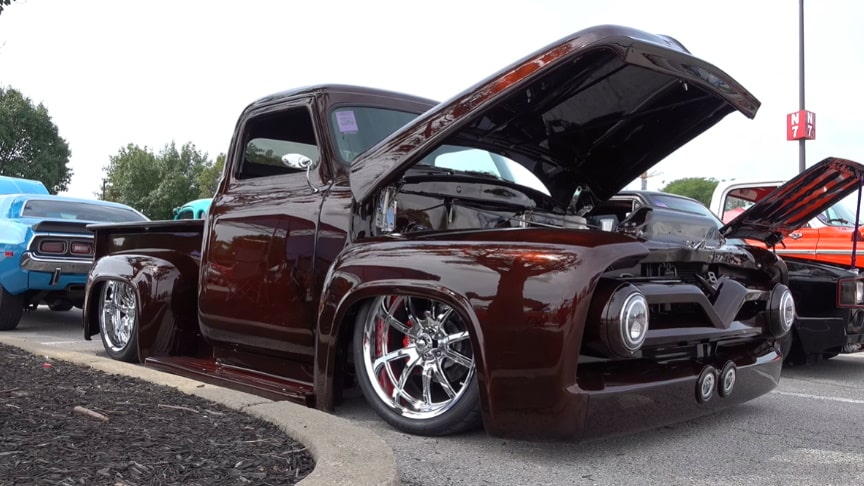 The interior is black and out of a late model Ford Mustang Shelby GT 500.That interior didn’t come in this truck from the factory.But it looks like it could have.The attention to detail and making it fit, is just about perfect. Wheels are always a personal choice and no one set will please everyone.

I’m good with the ones they chose to run on this 1955 Ford F100 Street Truck from the 2022 National Street Rod Association Street Rod Nationals held in Louisville KY. Under the hood is the other part of that modern Shelby gt 500 Ford Mustang.

The engine! The suspension and brakes have been upgraded to modern technology, So it should stop and turn as good as it looks.The only thing I would change on this one, is the name on the title.Very cool build for sure.A 1955 Ford F100 Street Ruck from the 2022 NSRA Street Rod Nationals.