I have seen a lot of cool things while on my ScottieDTV adventure But what I found at the 2018 SEMA Show will blow your mind.It blew mine!!.Even though I have had like explained to Me ,Although it was in broken English. 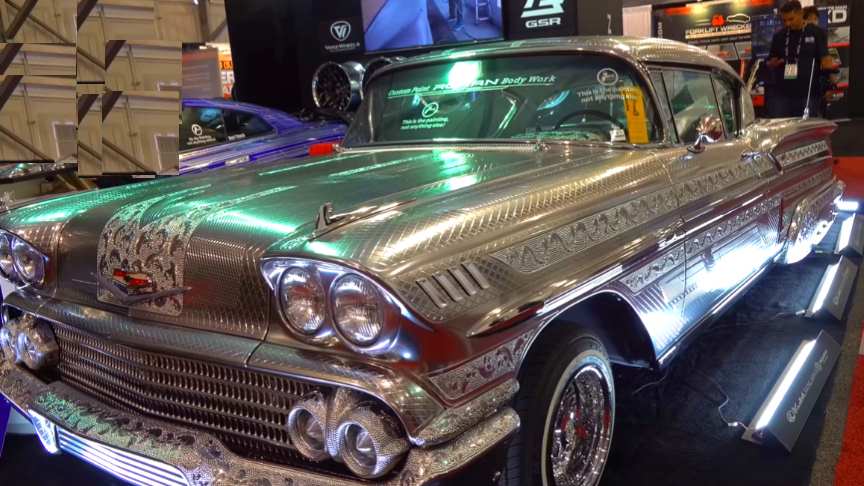 I get that it is paint.Not actual engraved grooves in the metal.But it’s still hard for Me to wrap my mind around.I visited the west coast earlier this year and I checked out some of the local culture in the Low Riders that where at the Grand National Roadster Show.

And to say I was impressed would be a under statement.But this 1958 Chevrolet Impala from the 2018 SEMA Show is a whole nother level.This is some mind bending attention to detail.

This 1958 Chevy will be one that will have people talking for a long time…It’s one that I will never forget…Very cool for sure.From the 2018 SEMA Show..One very cool.Over the top.You won’t believe your eyes.1958 Chevrolet Impala.//ScottieDTV