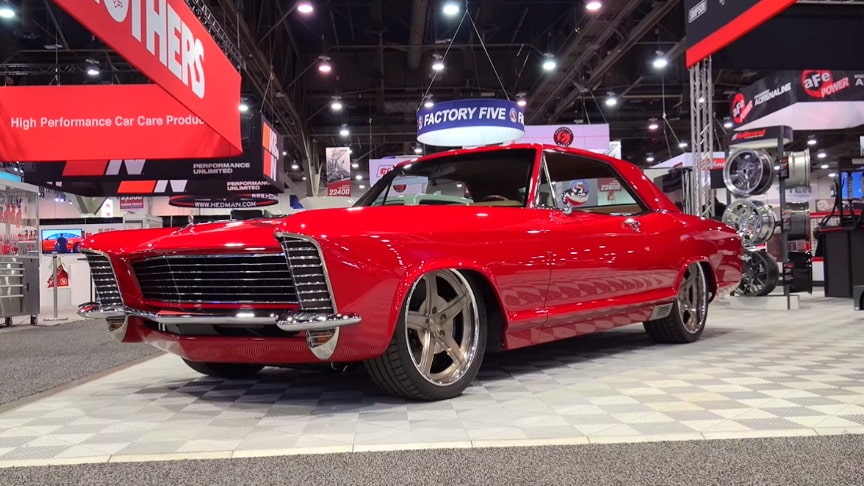 A very clean look that fits the rest of the build perfectly. Wheels are a personal choice and no one set will please everyone.The ones Detroit Speed chose to run on this 1965 Buick Riviera from the 2022 SEMA Show really work well for Me.

The bronze color really looks classy against that bright red paint of the body.Under the hood is a very cleanly installed 468-cube Black Label LSX from Mast Motorsports making 730 naturally-aspirated horsepower. The underside of this Detroit Speed built 1965 Buick Riviera is just as modern and as nice as the top.One very cool build for sure.The Detroit Speed 1965 Buick Riviera from the 2022 SEMA Show held in Las Vegas NV.